“Countrywide”, Lending Compelled To Get Thrifty! 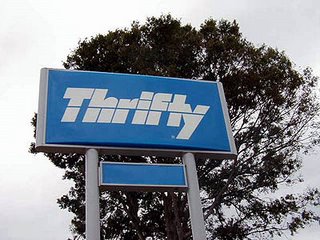 As part of the implementation of the Basel II risk-based capital requirements in the United States for “large and internationally active” banks, the Federal Reserve recently announced a series of regulatory recommendations for enhancing the management of consumer credit risk.

"Given the increasing complexity of the activities at our largest banks, and the related risks of those activities, I fully support efforts to develop a more appropriately risk-sensitive capital framework for those institutions," said Board Chairman Ben S. Bernanke.

These recommendations include the Federal Reserve’s “Guidance on Nontraditional Mortgage Product Risks” which clearly outlines the key risks involved in “toxic” mortgage lending as well as providing regulatory guidance and even sample illustrations of consumer information intended to assist the consumer in better understanding the risks involved with particular mortgage products.

The most important point here is that, the Federal Reserve, as part of its charter, has “a range of powers with respect to financial institutions, including rule-making powers, and supervisory oversight” and now intends to exercise that power, not merely out of local concerns for the nations mortgage lending risks but also out of the greater objective of full implementation of an international agreement for managing systemic risk.

Clearly, these recommendations will have a widespread effect on the nations banking and lending industries which have, in fact, already begun to respond.

In October, New Century Financial (NYSE:NEW), the nations second largest sub-prime lender, presented a series of underwriting changes that appear to have come directly from the Federal Reserve recommendations.

More recently, Countrywide Financial (NYSE:CFC), the largest mortgage lender in the United States, is attempting to lessen or even avoid exposure to the Basel II provisions by converting to a savings and loan holding company.

"This decision comes after several months of strategic analysis and deliberations based on the company's five-year strategic plan and business model," Countrywide said in a statement.

If the conversion to a savings and loan were approved, Countrywide would NOT be regulated directly by the Federal Reserve or Office of the Comptroller of Currency but rather by the Office of Thrift Supervision.

It will be interesting to see if Countrywide will be able to pull off this regulatory side-step, if not, it will most likely take a substantial hit to share price as the market prices in the dramatic decrease in loan originations that would occur as a result of having to abide by the new, substantially more limiting, mortgage lending regulations.

Additionally, since the Basel II Accord is an international regulatory action, be on the lookout for similar measures, such as today’s announcement in the Korea Herald, being implemented by central banks worldwide.

The Following are a couple of the proposed “common sense” consumer information notices (click to for larger version or open the PDF and read in detail) that the Fed recommends lenders provide to consumers to assist them in fully understanding the facets of each loan product: