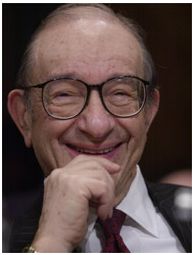 So I suppose all the hyper-optimistic bulls on Wall Street and particularly in the real estate industry were a little quick in interpreting the “maestros” words from October.

Today, it was reported that former Federal Reserve Chief Alan Greenspan is revising the comments he made recently suggesting that the housing market had possibly bottomed.

Back in the first few weeks of October Greenspan stated to following:

“I suspect that we are coming to the end of this downtrend, as applications for new mortgages, the most important series, have flattened out,”

“There is a good chance of coming out of this in good shape, but average housing prices are likely to be down this year relative to 2005. I don't know, but I think the worst of this may well be over”

THIS MORNING Greenspan offered these observations regarding the nations housing market:

"This is not the bottom, but the worst is behind us,"

"I think that while we are past most of it there a lot of negatives..."

"we still have a ways to go on the downside, [but] it looks as though the worst is behind us"

Possibly the greatest fallout of this waffling of position is that the National Association of Realtors included Greenspan’s original comment verbatim (with some additional spin) in the “Positive Outlook” section of their “Buy Now” campaign advertisements recently run in six top US newspapers.

For all we know, this may be the precise reason Greenspan revised his statements as his credibility was clearly being hijacked by the overzealous and unabashed Realtors association.

Copyright © 2006
PaperMoney Blog - www.paperdinero.com
All Rights Reserved
Disclaimer
Posted by SoldAtTheTop at 11:07 AM