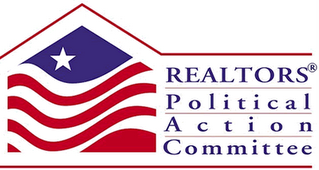 In addition to being an especially effective industry group, successfully charting the course for the most outstanding housing boom in our history, the National Association of Realtors (NAR) is also the country’s number one political action committee.

The Realtors Political Action Committee (RPAC) has held the national record for campaign contributions for eight years running, easily outspending groups like the Teamsters Union, the United Auto Workers, and the Association of Trial Lawyers, having contributed over $16 million to federal candidates who “…are true Realtor Party Champions in the United States House of Representatives and United States Senate.”

Clearly, this exceptional support has greatly contributed and will continue to enhance NARs influence over public policy and industry regulation.

As an example, consider NARs support of the “Expanding National Home Ownership Act of 2006”.

As outlined before, this act, (approved by the House as HR5121 and currently in committee in the Senate as S3535), if passed by Congress and signed into law by the President, would make various changes intended to modernize the Federal Housing Administration (FHA - currently part of HUD), allowing it to become more “competitive” in today marketplace.

Obviously, these changes, if passed, would favor the interest of the Realtors given that the government would be dramatically lowering, or even eliminating virtually every basic standard that FHA has required of borrowers as well as extending loan limits and other provisions allowing for greater numbers of buyers and greater borrowing power.

The problem is though, its hard to make a compelling argument that its in the best interest of the American people to get into the game of competing to the bottom while chasing affordability issues that have been created by the housing booms loose lending practices in the first place.

Zero down, interest only and 40 year loan terms are all inventions that were designed to artificially allow borrowers (especially low income borrowers) to afford houses priced at today’s outrageous levels. The proposed changes seem to ignore the possibility that the primary reason FHA has lost ground in the last five years is because housing prices have become seriously out of whack.

The following is a list of some senatorial candidates that RPAC considered to be particularly important in the 2006 national elections including incumbent Senator Jim Talent of Missouri, sponsor of S3535 (click for larger version):

Note that “Independent Expenditures” denotes a more thorough level of support including the production of independent radio and television advertisement for a given candidate.