The “House” That NAR Built 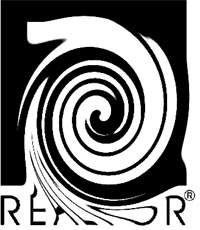 With the recent release of their “Buy Now” newspaper ads and forthcoming radio and television campaign, the National Association of Realtors has sunk to a new and shockingly devious low.

Apparently, NAR, not simply satisfied with the “leadership” they provided while pumping up the most exaggerated and outrageous housing bubble the United States has ever experienced, now seems fit to go even a step further by trying to lure any and all unsuspecting buyers into housings depreciating abyss in a desperate and shameless act of self preservation.

Have they no conscience? Is it not enough to produce a stream of daily “releases” filled with half truths and convincing spin? Does the country really need another “get rich quick while you can” real estate crusade stuffed down its throat, especially at a time when the housing market is so obviously and dramatically in decline?

Over the last ten years, Americans have knowingly (to a greater or lesser extent) made themselves some of the worlds most debt burdened people, producing the first national negative rate of savings since the Great Depression and the housing boom is squarely to blame.

With the help of the very same real estate industry “leadership”, Americans have been coaxed to the misguided belief that their homes are giant debt vehicles, capable of being easily leveraged to produce immense and immediate wealth.

Many concepts popularized over the last decade regarding such topics as Baby Boomer demographics, immigration and construction restrictions effect on supply and demand, as well as the short term lucrative nature of residential real estate were just that… “concepts” devised or otherwise promoted by individuals with everything to gain from these ideas becoming collective wisdom.

Meanwhile, the National Association of Realtors has grown its membership, its coffers and in turn, its influence over state and federal government to unmatched heights, all to the benefit of its own inherent interests.

What other private industry association (remember, that’s exactly what NAR is by the way) has the privilege of producing and interpreting some of the country’s most important and watched economic measures (median home price, existing home sales, and pending home sales index, etc.) all the while holding an almost exclusive right, granted by its ubiquitous size and well defended control of various multiple listing service (MLS) assets, to market and broker the nations homes.

No better Ponzi scheme has ever been devised.

Unfortunately for the schemes many participants, especially the ones duped into “believing” after absorbing the National Association of Realtors latest exploit, the Great Millennium Housing Bubble is over, structurally, economically and most importantly psychologically.

Copyright © 2006
PaperMoney Blog - www.paperdinero.com
All Rights Reserved
Disclaimer
Posted by SoldAtTheTop at 7:30 AM