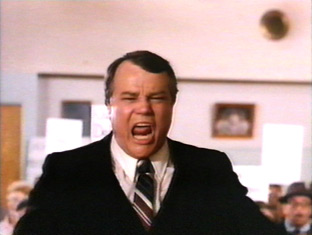 Yesterday, UBS analysts held a conference that brought together some of the country’s top home builder CEO’s in an attempt to further understand the state of residential housing.

The CEO’s, in an unusually candid manner, uniformly agreed that there was no end in sight for the housing downturn, squarely challenging the assessment offered by the former Federal Reserve Chairman, Alan Greenspan who recently indicated that most of the downturn “may well be over”.

When asked about the high inventory, Donald Tomnitz CEO of D.R.Horton Inc., the country’s largest home builder, responded “… it’s sort of a death spiral because as we continue to increase the incentives and discounts and so forth that we are offering, then obviously we create more of a concern on the buyer on the side and that’s why I say as we go through 07, every builder has got different inventory levels but the industry in general has too much inventory”.

In a particularly revealing exchange, Ara Hovnanian, CEO of Hovnanian Enterprises Inc., squared off against a somewhat angry Robert Toll, CEO of Toll Brothers Inc., over the issue of tactics employed by “certain” home builders in their attempts to rid themselves of unwanted land parcels.

“.. many [builders] are choosing a tactic, private and public, of popping a house on that land because you can sell it when it has a nice house on it more easily than you can sell the raw land.” said Hovnanian. Then Toll interrupts “[inaudible].. what.. are you suggesting builders are building specs to move land?” After a short and uncomfortable pause Hovnanian responds “.. ah.. not uniformly, but yea.. absolutely. I would say that… I don’t think Toll is but I think people are. [lots of laughter]”. Toll then responds enthusiastically “Toll is certainly not!”

Furthermore, CNBC asked each CEO if they were ready to “call a bottom” on the housing decline given what Alan Greenspan had stated previously, and all CEO’s indicated that they were unable to call a bottom with some indicating that the market might stabilize sometime in 2008.

Amazingly, this truly unprecedented event got almost NO press and could only be observed in a few short segments aired on CNBC.

Copyright © 2006
PaperMoney Blog - www.paperdinero.com
All Rights Reserved
Disclaimer
Posted by SoldAtTheTop at 10:32 AM