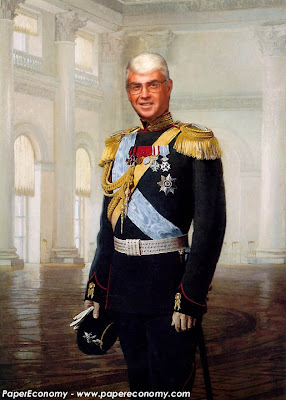 In terms of government response to crisis, you know things are really going haywire when they anoint a new Tsar.

And so it goes for the housing-mortgage meltdown.

Not satisfied with intervening in the “free” market through mere Fed rate cuts and a potentially (in the bag) dramatic expansion of Freddie Fannie and FHA, Congress seems so bent on attempting to prevent a correction in the nation’s housing markets that they are now proposing the “temporary” creation of the position of “Mortgage Tsar”.

I think, at this point, it’s safe to say that Congress is getting a little carried away.

Senator Christopher Dodd (D-CT) even suggested that the current circumstances in the housing-mortgage market are akin to a “slow-motion, 50-state Katrina, taking people's homes one-by-one, deva­stating their lives and destroying their communities.”

So, what are the expectations for a “Mortgage Tsar” anyway?

“Willing to combat foreclosure wherever it should strike the innocent and further to prevent the unwitting debt getter from making bad decisions. Stops at nothing to eliminate pre-payment penalties… Able to make a large Jumbo loan conform in a single bound!... look up in the air… it’s a bird… it’s a plane… it’s… it’s… The Mortgage Tsar!”

Congress… Put your hands down and slowly back away from the legislation.
Posted by SoldAtTheTop at 6:56 AM