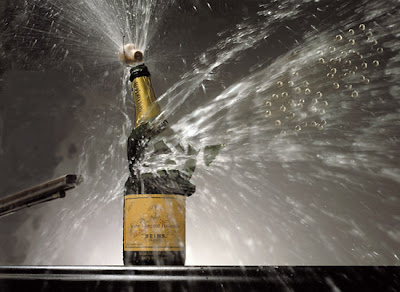 It seems that “recovery” is in the air…

The Fed says so… The White House says so… even Boston’s oldies station 103.3 says so as they segued into another run of Prince’s 1999…. The “recession is over” they excitedly declared… Time to party!

On the plane upon arrival from vacation I overheard a middle-aged dad asking his teenage daughter to use her cell phone to check on Citigroup stock… it was up… they shared in a moment of bonding while talking about being able to watch Jim Cramer’s Mad Money now that they were back in the states (… no joke!)…

America doesn’t just deserve a serious beat down… it NEEDS it.

If you randomly polled Americans and asked them if the Federal Reserve and Federal Government have a responsibility to protect stock prices I can only imagine that the overwhelming response would be a resounding YES!

But Americans are more than just faithful… it’s been so long and the manipulations so deep and varied (GSEs in the mortgage market, Fed Reserve easy money policies and resulting dynamics, bailouts, incentives, rebates, etc.), they are simply ignorant.

After last fall’s financial panic came a period of clarity in early 2009 that I believe marked a momentary realization that circumstances for all people (the down-market and dual-income alike) could seriously deteriorate.

Likely many middle and upper-middle class Americans had a sense, possibly for the first time in their lives, that they too could lose their job… maybe even their home or worse yet… their status.

While I believe that this moment of truth has since continued to have consequences (…consumer behavior, low sentiment), the government stepping in to bail, prop and spend and support stock prices essentially gave people what they have grown to expect… a sense that the Feds are in control and can always put a floor under crisis.

The collapse of the nation’s housing markets and the resulting economic decline really represent an immense opportunity.

Like a blast of ice water to the face, this period has been a wake up call... frightening yet a fundamentally positive agent of change forcing both households and firms to reevaluate and relearn the basics… planning and saving, using debt sparingly … questioning popular assumptions… especially those fostered by industry groups with dubious interests.

Yet, the Feds are bent on circumventing this process… stopping a nothing… to “save” the economy.

And while they, ironically, congratulate themselves for the “courage” they displayed late last year while forcing the country down this low road, let’s remember that real courage would have been to simply face the problems head on… not attempt to avoid their realization with bailouts, incentives, gimmicks and trickery.
Posted by SoldAtTheTop at 8:15 AM