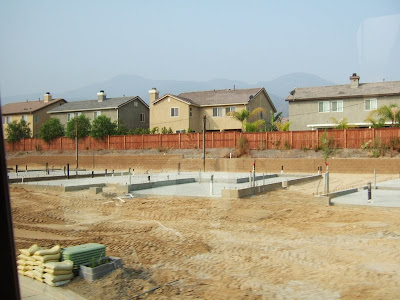 Comparing the latest new residential construction data to the today's NAHB housing market indicators appears to suggest that we may continue to see notable declines to housing starts and permits.

The “buyer traffic” index has been declining steadily since September 2009 indicating that home builders are seeing declining foot traffic with an overall level only slightly higher buyer activity than seen in the panic stricken days of late 2008.

This is a notable finding as in recent years the “buyer traffic” series has indicated the trend generally well in advance of the housing starts and permits data.

Further, as Bob Toll has noted many times in the past, the start of the year is typically the strongest period for the new home market so given the latest trends it appears that new housing is off to a particularly weak start.

Looking at the chart (click for full-screen dynamic version) the weakness suggested by the “buyer traffic” series has yet to be reflected in the housing starts series.

Posted by SoldAtTheTop at 11:30 AM