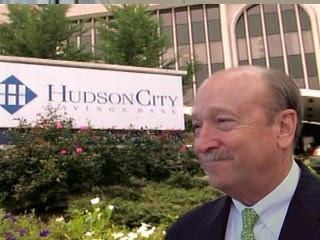 Some time ago I took exception with the PR that Hudson City was spinning as it’s CEO, Ronald Hermance, appeared on a multitude of business and non-business media (Mad Money, CNBC, Bloomberg, Barron’s… even NPR) speaking of the merits of his banks “old fashioned” sound traditional lending practices which included never making subprime loans or other toxic affordability products.

Of course, Hermance downplayed his banks non-performing loan ratio which now nearly tops 2% of total loans preferring instead to project the picture of a safe bank with only high quality loans and growing deposits.

While Hermance was making the rounds of media outlets and dropping talking points his banks big mortgages were going bad at a progressively higher rates.

Granted, the current 2.46% non-performing loan ratio is relatively low but the ratio has jumped over 75% since Q2 2009 on a delinquent loan total of $790.1 million.

Although it is true that Hudson City did not participate in subprime lending, the bank originated jumbo loans in a market (primarily the New York, New Jersey metro area) that was as overheated as any during the housing boom.

Big prime loans, even with low loan to values go bust in down economies and our current housing driven bust with significant declines to home prices makes matters worse.

I’ve been arguing for the better part of three years that although the traditional media and apparently general consensus has focused on subprime and other “toxic” mortgage products as the source for the credit tumult, the historic deterioration would by no means be limited to these “bleeding edge” products.

Posted by SoldAtTheTop at 11:08 AM