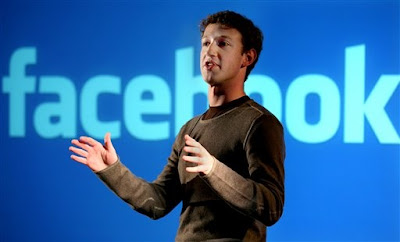 Although this is not a macro-econ story per se, the numbers and potential outcome is so fantastic I felt compelled to post.

It’s been somewhat wrongly reported that Facebook creator Mark Zuckerberg is facing allegations that a contract he entered into back in 2003 granted web developer Paul Ceglia 84% ownership interest in Facebook, the wildly popular social networking website.

In fact, most of the reporting on this story has gotten the contract terms completely mixed (for shame NYT).

The actual complaint filed June 30 2010 states that Paul Ceglia paid $1000 to Mark Zuckerberg for a 50% interest in Zuckerberg’s business, including “the face book” (the complaint specifically cites thefacebook.com) and further stipulated that Paul (the purchaser) would receive a 1% interest for each day after January 1st 2004 until the website was completed.

The complaint states that the website was complete February 4th 2004 which would have accrued another 34% ownership interest to Paul Ceglia for a grand total of 84% interest.

Finally, the complaint alleges that Zuckerberg eventually transferred the original website (and business) from thefacebook.com to facebook.com and ultimately into Facebook, Inc. which the complaint claims is simply a continuum of the Ceglia acquisition from the date of contract until the present time.

Provided that the attached “Work for Hire” contract and cashed check exhibits are authentic, it looks like Facebook may very well have been developed under a simple and typical, albeit meager, “work made for hire” contract agreement between Zuckerberg and Ceglia with Ceglia the buyer of the development services and Zuckerberg the seller/developer/contractor.

Apparently, the complaint must have thus far been convincing as a Supreme Court judge of New York granted a restraining order prohibiting Facebook and Zuckerberg from transferring any assets.

Clearly, it will be interesting to watch this case play out but given that Facebook has a current valuation between $5 and $10 billion (possibly as high as $35 billion by some reports), Ceglia (and his attorney) stand to gain quite a haul from this suit.

Although there have been various reports that appear to attempt to besmirch the character of Paul Ceglia, it’s important to remember that when this contract was dated Mark Zuckerberg was just an unknown college student likely plugging away at a fairly base concept from his dorm room.

At the time, $1000 might have seemed to Zuckerberg as a decent start (beer money and bragging rights?) to a business that he likely had no idea was about to be quickly parlayed into a multi-billion dollar enterprise.

If the Ceglia case is found to be legitimate, it will serve as a valuable lesson to all the private investors who, in all likeliness, ran with the “Harvard college wiz-kid revolutionizes web from dorm room” theme a tad bit too long.
Posted by SoldAtTheTop at 5:48 PM