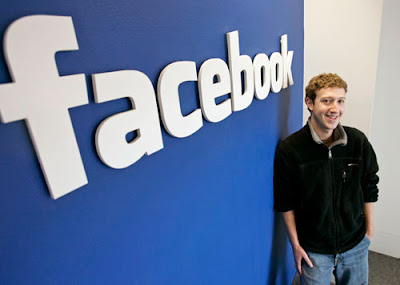 The Facebook ownership story is really starting to heat up…

Yesterday, it was reported that Facebook, Inc. now acknowledges that founder Mark Zuckerberg did, in fact, enter into an agreement with Paul Ceglia in 2003 but continues to maintain that the claim is “completely frivolous”.

In what appears to be backpedaling desperation at this point, the company is now asserting everything from the statute of limitations to directly questioning the authenticity of the contract filed in the suit suggesting that “The Plaintiff has not produced the original of the alleged agreement for anyone, including the court, … We have serious questions about the authenticity of the document and, assuming an original exists, we look forward to expressing our opinion about it once we see it.”

Sure… they look forward to expressing an opinion about a contract that is more than likely completely authentic.

Despite the tough legal talk and smoke and mirrors being deployed by Facebook, this story is likely very simple.

In my estimation, in 2003 the still 18 year old Zuckerberg simply entered into a standard “work made for hire” agreement to provide development services to Ceglia who had originally solicited Zuckerberg for a project named StreetFax Database, Ceglia’s concept of a database of searchable street images.

The two probably got to talking with Zuckerberg, prior to signing their agreement, likely disclosing the details of his own project “The Face Book”.

Ceglia, likely picked up on Zuckerberg’s enthusiasm and simply decided to deploy a little investment capital doubling the original StreetFax Database stipend for a 50% interest in “The Face Book”.

But Ceglia went further than that.

Noting that Zuckerberg was still just 18 and a freshman at Harvard, Ceglia likely wanted a little leverage over Zuckerberg for the completion of the project so he was sure to specify a completion date and even a disincentive for failure, a daily penalty of 1% ownership interest (accruing to Ceglia) for each day the project was late.

Finally, the contract very shrewdly described the “already-in-progress project … designed to offer the students of Harvard university access to a wesite [sic] similar to a live functioning yearbook with the working title of ‘The Face Book.’” and stated that Ceglia would own a 50% interest in “the software, programming languages and business interests derived from the expansion of that service to a larger audience” as well as asserted that Zuckerberg was to act as the webmaster and further, would pay for the domain and hosting expenses from the funds received in the contract.

Obviously, this whole affair will have to play out in court but given what we know so far, this is bound to be a tremendously interesting case.
Posted by SoldAtTheTop at 6:00 AM