Today’s release of the S&P/Case-Shiller (CSI) home price indices for October (browse the dashboard) reported that the non-seasonally adjusted Composite-10 price index declined a whopping 1.24% since September indicating that in the wake of government's housing tax gimmick, prices continue to follow sales down.

It's important to recognize that as we continue to move away from the government's tax sham, the home sales and price movement fueled by that epic monstrosity are left further and further behind.

Yet, it will be some time before the effects are completely expunged from the CSI as its methodology uses a three month rolling average of the source data and further, as BostonBubble points out, since Congress moved to extend the closing deadline for the credit until September, the CSI data may not be free of the distortion until the February 2011 release!

In any event, you can see from the latest CSI data that the price trends are starting to slump and, as I recently pointed out, the more timely and less distorted Radar Logic RPX data is already capturing notable price weakness nationwide. 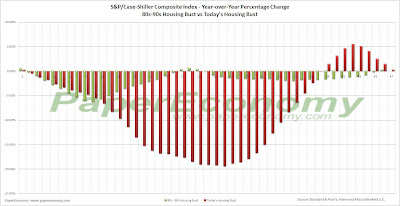 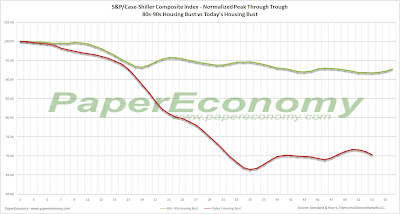 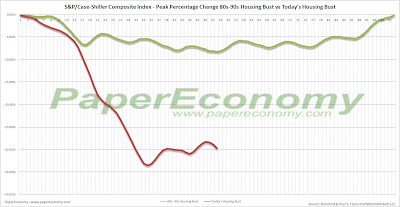 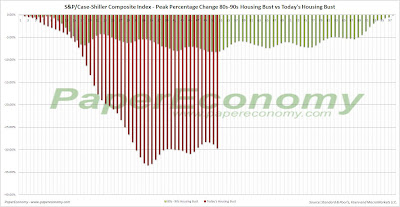 Posted by SoldAtTheTop at 11:48 AM