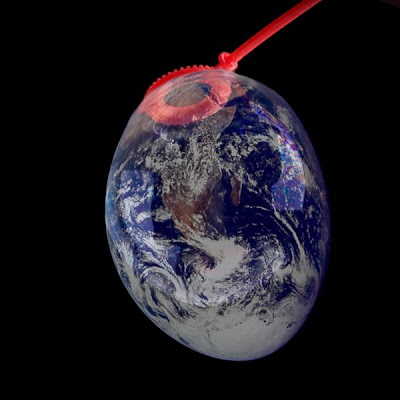 One of the more interesting and most dramatic features of the housing bubble days was how pervasive and broad the mania was, encompassing a multitude of regional housing markets across the United States and around the globe.

Today, post-housing crash, we are still seeing property markets continuing to move together somewhat as governments around the globe scramble to prop up quickly deflating housing assets with boondoggles that quickly reveal themselves as being mere temporary distortions to a trend the remains "organically" in decline.

Comparing the S&P/Case-Shiller (CSI) index to that of the two popular U.K. home prices indices you can see that now all three indices are showing some significant signs of deceleration.