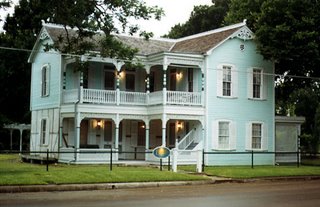 Yet again, the Bulls on Wall Street and CNBC waxed wildly optimistic with the initial “top-line” numbers of a report before delving into the details thoroughly enough to realize that they had gotten ahead of themselves.

Looking more closely at February’s Existing Home Sales report should only result in additional confirmation that the nation’s housing markets are continuing to experience weakness with the majority of regions showing considerable declines to median price and sales as well as all regions showing significant increases to inventory and monthly supply.

In an attempt to squeeze as much press out of the top-line 3.9% increase to sales nationally from January, David Lereah, Chief Economist of the National Association of Realtors (NAR), expresses some surprise but is still cautiously pointing the finger at the weather for the other weaker numbers:

“Some of the rise in home sales may be from mild weather that brought out shoppers in December, but fundamentals have improved in the housing market and buyers see a window now with historically-low mortgage interest rates and competitive pricing by sellers, … Even so, winter storms last month discouraged shopping, and buyers were chilled with the third coldest February on record. These unusual weather patterns mean home sales that close in March may decline before rebounding later this spring.”

“Over the last year, we’ve seen declining sales in many high-cost areas but rising activity in lower cost markets, … This change in the geographic composition of sales means we aren’t getting apples-to-apples comparisons in median home prices from a year ago.”

“What’s really happening is probably somewhere in between the different measures, but home prices are soft – a year ago we were still seeing bidding pressures and double-digit price growth, … Overall, home prices should rise slowly this year, and many buyers have an opportunity now that was only a dream during the five-year boom.”

Probably the most notable results from today’s report, beside the numerous median price declines, are the even more notable increases to inventory.

At this point, it seems fairly obvious where things are going in terms of inventory, especially in the more seasonal markets, but it will certainly be interesting to see how things shape up during March and April.

Below is a chart consolidating all the year-over-year changes reported by NAR in their February 2007 report.

Particularly notable are the following:

Posted by SoldAtTheTop at 10:12 AM