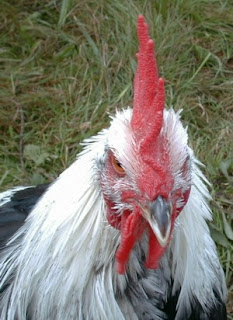 With the sub-prime meltdown now in full swing, federal regulators seem to be working feverishly to crank shut the recklessly spewing spigot of easy lending.

A little late to the party maybe but at least its confirmation that something other than useless lip-service regarding “toxic” loans and “rate shock” needed to be paid to the situation.

Of course, we did see the initial signs of official concern back in June of 2005 when former Federal Reserve Chairman Alan Greenspan suggested that “the apparent froth in the housing markets may have spilled over into the mortgage markets” while raising concern about “exotic” mortgage products during his testimony to the Joint Economic committee.

This was later followed by the drafting and subsequent finalization in September 2006 of the Federal Reserve’s “Interagency Guidance on Nontraditional Mortgage Product Risks”, a series of new regulatory guidelines that clearly had the effect of creating concern among some of the most aggressive lenders.

About that same time, Congress expressed some interest in the issue, hosting a Senate Banking Committee hearing entitled “Calculated Risk: Assessing Non-Traditional Mortgage Products” in which many government and industry experts spilled their guts on the topic.

Unfortunately, these efforts, although sound an necessary, were essentially all in vain as the real damage had already been inflicted over an unrestrained period years that saw Americans go on a home-buying-investing-building-rehabbing-flipping binge of epic proportions.

While lenders hit new lows of standards and ethics the nations housing markets surged to highs not seen before in history.

Well now the “chickens have come home to roost” so to speak leaving federal regulators in the position of playing catch-up for the years of negligent regulatory oversight.

To that end, late yesterday afternoon the FDIC issued an “Order to Cease and Desist” to Fremont Investment and Loan of California, asserting that Fremont and it’s affiliates Fremont General Credit Corporation and Fremont General Corporation have been practicing “unsafe or unsound banking practices and violations of law and/or regulation”.

Certainly, this effort is to be expected in this new found era of regulatory risk management but what’s most interesting about this initiative is that many of the corrective actions that FDIC is requiring of the company could easily be applied to countless other lending institutions including those not know to be primarily sub-prime lenders.

This is, in fact, the key take-away from this action.

Fremont may have been primarily a sub-prime lender but it is being “spanked” for committing the very same “unsafe” practices that were exceptionally common during the housing run-up.

Most, if not all of the nations lenders, including the largest institutions, have engaged in either direct sub-prime lending or some form of “pseudo-prime” lending, turning a blind eye to both risk and ethics.

Foolishly though, many on Wall Street are refusing to see the writing on the wall, instead favoring a point of view that seeks to recognize the sub-prime fiasco as merely isolated circumstances, contained only to those participants at the lowest end of the economic spectrum and with the poorest credit quality.

One only needs to recount some of the circumstances we have all observed over the last five to ten years and contrast that to prior eras to see the insanity that has become commonplace in the home lending market.

There is simply no doubt that, although the melt-down has begun in the sub-prime market it will end, and in a significantly more ugly fashion, in the pseudo-prime market.

The following is the list of actions that the FDIC is requiring of Fremont but could be applied to nearly every lender sub-prime or not:

Posted by SoldAtTheTop at 9:37 AM