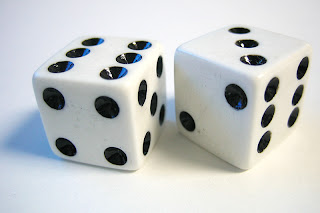 With all the news lately concerning the sub-prime meltdown and its considerable effects on commercial (private and public) lending institutions it’s easy to forget that nearly 50% of all mortgage debt is held by the two main government sponsored enterprises (GSEs) Fannie Mae and Freddie Mac.

These two organizations, though purportedly operating both to the benefit of the public and within certain constraints not required by commercial lenders are not immune from the very same risks that commercial lenders face when managing a large portfolio of debt.

To the contrary, it appears quite possible that because of the GSEs special status and federal entanglement, they may actually be presenting a greater risk of failure, and the possible systemic fallout that could follow, than any of the larger commercial lenders.

Although the GSEs don’t technically write sub-prime or alt-A loans and restrict their lending activities exclusively to conforming loans, they have not been immune from the current culture of excessive lending.

It’s important to note that nearly 6% of GSE debt is composed of ARM loans.

Additionally, at least 3% of GSE fixed and adjustable rate loans have “interest only” options.

Furthermore, the OFHEO limit for conforming single family loan soared to a lofty $417,000 during the historic housing boom.

In a speech given last week, Federal Reserve Chairman Bernanke suggested that the GSEs have taken on more risk than typical commercial lending institutions, function with far less “market force” scrutiny than comparable commercial lenders and don’t even fulfill the public objectives set out for them by the federal government.

“The regulatory framework under which the GSEs operate has two principal objectives: first, to support the GSEs’ mission of promoting homeownership, especially access to affordable housing; and second, to ensure that these two companies operate in a financially prudent manner.”

“This line of business [the GSEs] has raised public concern because its fundamental source of profitability is the widespread perception by investors that the U.S. government would not allow a GSE to fail, notwithstanding the fact that--as numerous government officials have asserted--the government has given no such guarantees.”

“Consequently, the GSEs’ ability to borrow at a preferential rate provides them with strong incentives both to expand the range of assets that they acquire and to increase the size of their portfolios to the greatest extent possible.”

“… they [GSE Portfolios] are not only large but also potentially subject to significant volatility and financial risk (including credit risk, interest-rate risk, and prepayment risk) and operational risk. Many observers, including the Federal Reserve Board, have expressed concern about the potential danger that these portfolios may pose to the broader financial system; that is, the GSE portfolios may be a source of systemic risk. … with possibly serious implications for the performance of the broader economy.”

“Unlike other private firms, however, the GSEs face little or no market discipline from their senior debt holders because of the belief among market participants that the U.S. government will back these institutions under almost any circumstances.”

“… because of both regulatory requirements and the force of market discipline, banks hold much more capital than GSEs hold. The very largest bank holding companies generally hold equity capital equal to 6 percent or more of assets, and the largest regional banks generally have capital ratios of about 8 percent. (As I am sure you are keenly aware, community banks often have a capital-to-assets ratio exceeding 10 percent.) In comparison, the GSEs hold capital equal to roughly 3.5 percent of assets. The justification for the low capital holdings of GSEs relative to banks is unclear.”

“However, evidence that Fannie and Freddie have had beneficial effects on the supply of affordable housing (over and above the benefits of their securitization activities for the mortgage market as a whole) has been difficult to find. After conducting several studies of the effects of GSEs on the mortgage market and establishing the GSEs’ disappointing results”

Posted by SoldAtTheTop at 9:13 AM