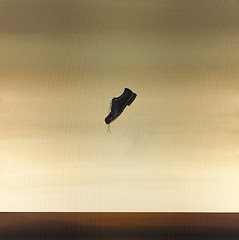 While vetting clips for BNN last night it seemed that there was no end to the bad news for the housing market circulating the business media.

More importantly, the news was varied with respect to particular topic but perfectly unified in outlook.

First, there was the news of Lennar, the national home builder, reporting a 73% drop in profits in Q1 forcing them to cancel all earnings guidance for the foreseeable future.

"While we are primarily focused on fortifying our balance sheet, we are concurrently focused on rebuilding our profit margins. Given current market conditions, we are continuing to pursue cost reductions, SG&A savings, product redesign and proper land pricing in order to see margin improvement starting in the second half of 2007. Until we see prices stabilize, however, we will not be able to project the timing or the scope of margin recovery, or set earnings goals for the company." said CEO Stuart Miller.

Late day breaking news yielded more trouble for the nation’s home builders as it was reported that Beazer Homes USA was under a fraud investigation by the FBI, IRS, DOJ and HUD related to their internal subprime mortgage workings.

An FBI spokesman offered the following:

"there are potentially all sorts of fraud issues associated with Beazer to included corporate, mortgage, or investments in varying degrees."

Then, there was unquestionably the oddest occurrence I have yet to witness for the new home market when David Seiders, Chief Economist of the National Association of Home Builders was effectively positioned as the “Bear” in a classic Bear-Bull segment on CNBC.

Seiders again reaffirms his “ever revising lower” outlook for the remainder of 2007 currently calling for an 8% decline to new home sales for the year.

It’s important to note that Seiders, expressing true surprise about the effect that the subprime meltdown has had on his industry, has now revised his outlook four times since February.

“Late last year, early this year it really looked like housing demand had stabilized. Sales volume looked pretty stable, other indicators looked pretty good, the Fed concluded that the housing market was stabilizing… and then the entire subprime mess and everything that goes with it in terms of the mortgage market hit, and I’ve been not only following the homes sales numbers which clearly were rather disappointing to say the very least for both January and February, but also surveying the builders on an ongoing basis, both large and small, and I actually have been very surprised by the degree to which the builders say that the tightening of mortgage lending standards has already effected sales volume. We are really sort of in uncharted waters here, I think, in terms of the new leg of the weakening process and how far it will go.” said Seiders.

Next up was the January release of the S&P/Case-Shiller index again showing a precipitous and accelerating drop-off in home prices in most of the tracked metro markets.

Professor Robert Shiller had this to say about the results:

“[the index data] are a good indicator of the dire state of the U.S. residential real-estate market. The dismal growth in the 10-city composite is now at rates not seen since January 1994,"

Don’t forget to check out the S&P/Case-Shiller index tool for a dynamic visualization of the latest results for January.

Finally, there seems to be a dangerous head of steam building with respect to what the federal government’s response should be in cleaning up the home lending mess that has befallen the nation.

Multiple reports of proposed bailouts, new lending standards legislation as well as an FHA “modernization” initiative seem to indicate that we are now beyond the point at which the federal government can remain inactive.

More importantly, with many of the early presidential candidates, most notably Hillary Clinton, remarking on the subprime meltdown, it now seems likely we will soon see Congress attempt to put some teeth behind the latest rhetoric.

One can only hope that in a hectic attempt to help mitigate the massive wave of foreclosures now washing over the country, Congress doesn’t place the burden on the taxpayer to, in effect, bailout “shoddy” lenders and grotesquely wealthy Wall Street financial institutions in the name of unfortunate homebuyers.

Given all the above, I sense a bit of a “second shoe dropping” for housing.

It’s reminiscent of some of the days toward the end of last July and early August of last year when the general understanding that the spring market had come and gone with very poor results seemed to bring a general malaise over the market that was only lifted with Greenspan’s “Market Bottom” sentiment in early October.

Posted by SoldAtTheTop at 9:06 AM