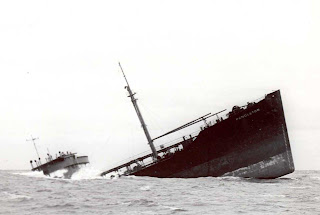 It's hard to say what would be the most fitting audio clip to play while browsing the stock chart of New Century Financial (NYSE:NEW) this morning... possibly "Taps"... or that "It's over Johnny.. Over!" clip from the first Rambo.

Well, I guess it truly is over as New Century is opened down 50% this morning!

Apparently, not only is it likely that New Century will go bankrupt but it's executives may be facing criminal charges.

There is no doubt that the sub-prime market is now collapsing and will soon likely be followed by a significant portion of the prime market as well.

The events surrounding the demise of New Century Financial may well serve as a turning-point in the "easy lending" meltdown both making the company and it's executives the ENRON of this era as well as helping to pull down many other lenders as well.

In fact, Novastar Financial (NYSE:NFI), Countrywide Financial (NYSE:CFC), and Accredited Home Lenders Holding Company (NASDAQ:LEND) are all down significantly today as shareholders apparently race for the exists in hopes of avoiding a similar fate to NEW.

Given that sub-prime and the "pseudo-prime" lending accounted for as much as 40% of all loans originating in 2004 - 2006 the lending collapse will inevitably take a significant portion of buyers out of the home buying market as the number of truly qualified buyers declines dramatically.

With it's lifeblood now quickly being cut off, the nations precariously inflated housing markets will undoubtedly face significant future pressure.

Posted by SoldAtTheTop at 9:55 AM