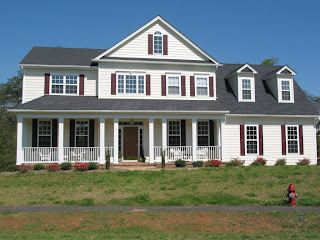 As was noted before, Bob Toll, who was formally calling a bottom in the new home market, recently clarified both his outlook as well as the general misunderstanding that the spring market will bring the highest numbers of new home sales.

“… the Spring selling season is over, it’s a misunderstanding that we have been unable to correct over the past 40 years. In the new home business, you start selling immediately after the holidays… then you continue to run-up from after the Super Bowl to Presidents Day weekend… That’s the peak of the market… When you stepped back and looked at it [it was] no where near where it should have been if you were looking at an average of the last 10 years.”

So, if we are to take Toll at his word, February’s results should represent either the peak or near the peak of monthly sales for 2007.

This is clearly not a good sign for the new home market as February’s report showed that sales were down across every region, most notably the Northeast, as well as a 26.6% increase to the months supply.

But probably the most notable aspect of the report was the enormous downward revisions to November, December and January helping to push their respective year-over-year declines into the double-digits.

So, we are now continuing to see significant declines on a year-over-year basis as compared to 2006.

It’s important to keep in mind that these declines are coming on the back of the declines seen in 2006.

Posted by SoldAtTheTop at 9:57 AM