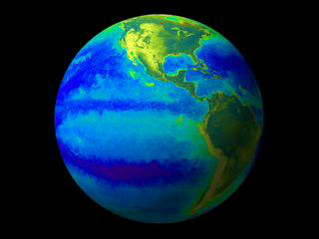 Today, the National Association of Realtors (NAR) released their pending home sales report for January 2007 showing continued year-over-year declines in every region with particularly significant declines seen in the Midwest and South regions.

According to David Lereah, Chief Economist of NAR, the declines are as a result of weather “disruptions”:

“We are seeing temporary near-term weather disruptions in much of the country, but there is an underlying pattern of stabilization in the housing market, … As a result of these weather disruptions, it may take a couple months for the picture to fully clarify, but a modest recovery is likely. Housing remains a great long-term investment. The rapid shift in January to frigid air in much of the country had a cooling affect on home shopping that went beyond normal seasonal factors, … Weather disruptions have continued since.”

Just when you though things couldn’t get any worse for housing enter the “El Nino” effect!

Apparently, Lereah is having a hard time just accepting that sales are continuing to slide even on a year-over-year basis on top of last years historic fall-off.

As usual, looking more closely at the results one might draw a less optimistic conclusion:

So it appears that, year-over-year, contract activity is still dropping rather with ALL regions continuing to show significant declines.