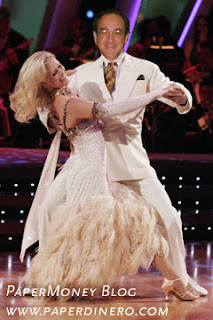 First, there was the UBS US Home Building and Building Products Conference which featured several panels of home builder and product COOs and CFOs speaking about their respective companies as well as the outlook for the housing market.

In somewhat of a reversal of prior statements made by Bob Toll, Fred Cooper, Senior Vice President of Toll Brothers suggested the following regarding the effect of the sub-prime mortgage market had on housing demand:

“In 2004 2005 suddenly you had a ratcheting up of demand … so you had home price increases that were very rapid. As it turns out, in retrospect, a bunch of that home price increases were being fueled by speculators and I expect when the dust settles its going to turn out that a lot of the speculators were being fueled by the sub-prime mortgage market because they would be able to control five or six homes at a time without having to put up much capital.”

When asked about the credit quality of Toll Brothers buyers, Copper responded:

“Our buyers typically borrow just a little bit North of 70% of the purchase price of their homes so they’re not really overstretching. I would say 1% to 2% of our buyers use sub-prime and they generally use it for a bridge.. so it really wasn’t a big factor in our buyers buying ability. ”

Formally, Bob Toll made statements downplaying the effects that sub-prime mortgage lending had on their sales, suggesting that Toll Brothers buyers generally aren’t sub-prime buyers although he did note that there were quite a few investors buying Toll Brothers homes during the housing run-up.

Possibly the reality is somewhere in the middle whereby those who bought Toll Brothers homes for their primary residence generally used prime or Alt-A funding but speculating investors used sub-prime loans as Cooper suggested.

Listen to the entire presentation and Q&A here with Fred Cooper here.

“Housing is a market of sub-markets and really shouldn’t be spoken about in general. Some markets are knocking them dead right now but their few and far between. Most of the markets are having a difficult time. The primary reason is the oversupply left by speculators and investors who got caught up in the mania of the price increases that were brought to the market by the extra demand created by the speculators and investors.”

Toll then goes on to play out a strange fictional scenario to demonstrate that in some markets, Toll is actually attempting to prove to buyers, with a little tough love, that there really is more demand than they think.

“somebody will come to the office and say ‘Ill take it but I need $10,000 more in incentives’… we’ll say ‘no’ and they’ll say ‘well I’m very sorry’ and they leave. Then they come back next week.. ‘how we doing…’ and we say ‘well I’m very sorry we’re doing well but we’ve had a two thousand dollar price increase and we are still maintaining the same incentives’ but we have posted a price increase because we want to show the market that we have more demand than the market believes we have and then that person will buy.”

Later, when asked to elaborate on these selective price increases during this spring selling season Toll offered this telling analysis:

“Well the Spring selling season is over, it’s a misunderstanding that we have been unable to correct over the past 40 years. In the new home business, you start selling immediately after the holidays.. it increases in number and then there’s a pretty substantial jump right after the Super Bowl because ‘she’ hasn’t been able to get ‘him’ out of the seat to go and see the product on Sunday, which is our big day, then you continue to run-up from after the Super Bowl to Presidents Day weekend… That’s the peak of the market… We have had this substantial jump from the December sales into January, we had this substantial jump from January into February but that jump cam no where near on a per-community basis to what it’s been on an average over the past 10 years.”

“As a matter of fact, it was probably as bad in traffic as a half, which is terribly down, now this is on average… the Spring selling season, or the prime selling season is pretty much a bust on a per-community basis.”

“When you stepped back and looked at it [it was] no where near where it should have been if you were looking at an average of the last 10 years.”

Then Toll goes on at length about speculators and the sub-prime market:

“By the way, speculative investors have not left the market entirely. There are still speculator investors that are now circling the market as the buzzards would on the carcass because prices have gone so far down on standing inventory that investor speculators are doing anything they can to try and get an additional incentive on that property and to buy it with as little as possible which was made possible by the idiocy of the sub-prime market until very recently. But it’s not done yet.”

“Sub-prime originators will struggle to continue to deliver sub-prime product because if they can’t they’re out of business, and before they go out of business they are just going to continue as hard as they can to be able to produce no-doc loans 100% financing… speculators eat this up.”

In a funny conclusion, Toll delivers another dancing anecdote:

“I remember in 1974 literally having to dance on top of the desk of the Third Federal CEO Mr. Greenberg who said if I got up and danced on his desk he would give me three mortgages so that I could take them and sell homes. Those were tough times… We may get there… I hope we don’t but we’re certainly not there right now.”

Listen to the entire presentation and Q&A here with Bob Toll here.

Posted by SoldAtTheTop at 1:14 PM