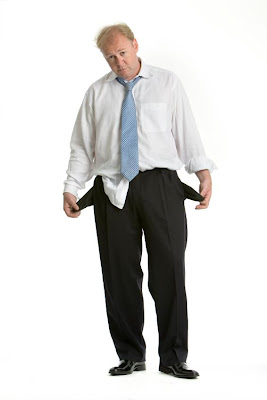 Yesterday, the Commerce Department released their monthly Retail Sales Report for May which continued to show an interesting divergence between the weakening consumer spending on discretionary items such as electronics and home furnishings and the strengthening trend of spending on food, clothing and gasoline.

As in past months, I have isolated the primary discretionary retail sales categories into a single “discretionary” retail sales series, and then charted the year-over-year percentage changes since 2000.

The result is a significant correlation between the deceleration, and now outright decline, of home prices and a deceleration and subsequent decline in discretionary consumer spending.

Given the strong correlation between the decline in housing values and consumers tightening their discretionary spending one may wonder why consumers are increasing spending on the other retail categories.

The answer, possibly, is that several of the remaining non-discretionary retail categories in addition to gasoline, primarily food related, may be experiencing some degree of price inflation but only time will tell.

The first chart (click for larger version) shows the complete discretionary series comparison from January 2000 to the latest reported months of 2007.

Note the precipitous deceleration and decline to home prices starting in January 2006 and the very well correlated decline in “discretionary” retail sales.

Also note that the latest decline to retail sales is easily the most significant and sustained seen since 2000, handily surpassing the decline that occurred during and preceding the 2001 recession.

The second chart (click for larger version) simply isolates the results from January 2006 in order to provide a clearer view.

Posted by SoldAtTheTop at 1:00 AM