Rates and the Rule of Thumb 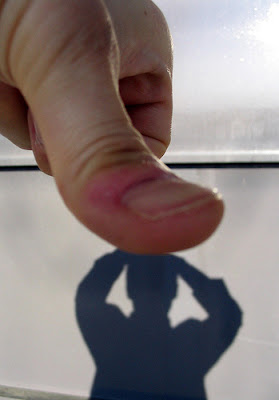 With lending standards now tightening and interest rates on the rise, it’s possible that home sales, especially in the nation’s most rate sensitive and bubbly areas, could be poised for another leg down.

With all the interest rates jitters lately, I thought it might be interesting to see how changes to the average 30 year fixed mortgage rate effects the income required for home loans using both the 29% of gross income “Rule of Thumb” and the ultra-loose 50% of gross income rule of the bubble.

The “29% rule” was one of those basic lending standards that went out the window with the boom and simply stated that a borrower (or borrowers) should be limited to a maximum loan “cost” of roughly 29% of their gross income.

Also, the “cost” was not merely the principle and interest payment (P&I) but was to include the property taxes and homeowners insurance (PITI) as well.

Keep in mind, in order to formulate the PITI value for the following charts I simply calculated the monthly P&I for a given loan amount at the prevailing rate and then added a $500 for property taxes and another $100 for homeowners insurance.

First, look at the average 30 year fixed rate as tracked by the Mortgage Bankers Association (click for larger version). 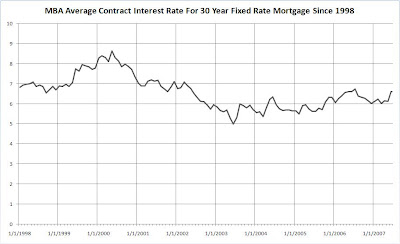 Also note that from January 2002 to mid-2003, the rate declined to a record low of 4.99% and then proceeded to slowly trend up ever since.

Now, in order to get a sense of how affordable typical loans were at past rates and are now, review the following chart that shows the income required to qualify for a $200,000, $400,000 and $600,000 loan using the average 30 year fixed rate and the old standard “29% rule of thumb” (click for larger version). 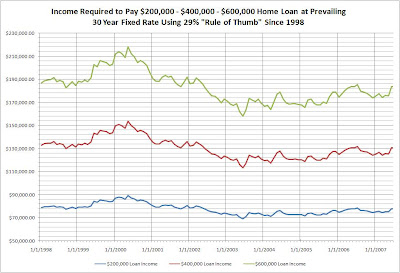 Remember, with dual incomes being fairly common these days, two incomes of $80,000 are not that unusual and these couples would have very conservatively been able to afford a $600,000 home loan. 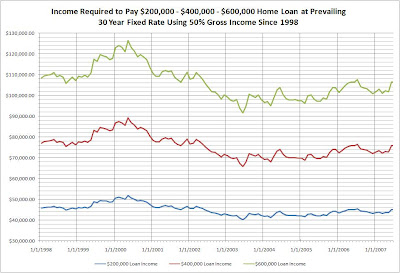 Remember, I only used the average 30 fixed rate to build up these charts and if considered, affordability loans such as ARMs with interest only options would make things even more dramatic.
Posted by SoldAtTheTop at 1:44 PM