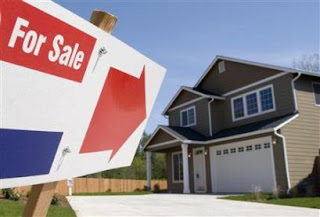 Today, the National Association of Realtors (NAR) released their Pending Home Sales Report for April 2007 showing a continuation of the historic decline to residential housing on a month-to-month and year-over-year basis, both nationally and in every region.

Additionally, the Northeast, Midwest and West regions have fallen back below 100 indicating that April’s home sales activity was BELOW the average activity recorded in 2001, the first year Pending Home Sales were tracked.

“It looks like we may be leaving a period of market disruptions, and for the past two months the pending home sales index has been similar in year-ago comparisons, which means home sales might ease but should be fairly stable in the months ahead,”

Similar to year ago comparisons!!?

I suppose, if you call 10% year-over-year decline for each of the last two months similar.

Yun then goes on to suggest that the subprime meltdown is over and the “disruption” has played itself out.

“In April, existing-home sales declined in part because some subprime lenders went out of business and disrupted the market, but the impact appears to be diminishing and mortgage applications have risen in the last month,”

Look at the April pending home sales results and draw your own conclusion:

So it appears that, year-over-year, contract activity is still dropping rather sharply with ALL regions continuing to show significant declines.
Posted by SoldAtTheTop at 9:30 AM