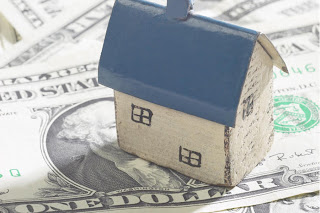 With all the news surrounding PIMCO's Bill Gross and the Treasury’s 10 year note yield spiking over 5%, now is probably a good time to start keeping track of mortgage rates and related data.

The Mortgage Bankers Association (MBA) publishes a weekly applications survey that covers roughly 50 percent of all residential mortgage originations and tracks the average interest rate for 30 year and 15 year fixed rate mortgages as well as application volume for both purchase and refinance applications.

In fact, it was this very data series that former Federal Reserve Chairman Alan Greenspan cited last October when issuing his now obviously wrong “Worst may well be over” forecast.

“I suspect that we are coming to the end of this downtrend, as applications for new mortgages, the most important series, have flattened out,”

As we all know, especially those of us living in the bubbliest areas, our housing markets are now especially rate sensitive.

We have come through an unprecedented era of home price inflation that, toward the end of the up-cycle, resulted in an equally historic decline to affordability forcing many buyers to seek the lowest possible (initial) interest rate loan products in an effort to stretch their buying power.

In many ways, we have painted ourselves into a corner where equilibrium between price and demand has only been reached through the help of extraordinarily low interest rates.

One should remember that it was not long ago that 7.0% on a 30 fixed rate mortgage was considered very attractive and even low by historic standards.

Furthermore, there is likely not an economist out there that would deny that 30 year fixed mortgage interest rates could climb above 6.5% or even 7.0% or beyond in the coming years or even months.

Is it really likely that rates will permanently stay in the low 6’s?

Probably not, and unless incomes make some significant strides, it seems that any move up in rates will surely result in a move down in housing demand and prices.

To that end, Ill periodically post the following charts that track the MBA application data and average interest rates.

The latest data is showing that the average rate for a 30 year fixed rate mortgage has now reached a peak for the year at 6.35% with the refinance volume declining measurably to the lowest level since the first week of January.

It’s important to note that the data is reported (and charted) weekly and that the rate data represents average interest rates, and the index data represents mortgage loan application volume for home purchases, home refinances and a composite of all loans.

Ill expand these charts to span back much farther in later posts so you can get a better perspective on where this data was through the latest cycle so be sure to check back.

The following chart shows the average interest rate for 30 year and 15 year fixed rate mortgages over the last number of weeks (click for larger version).