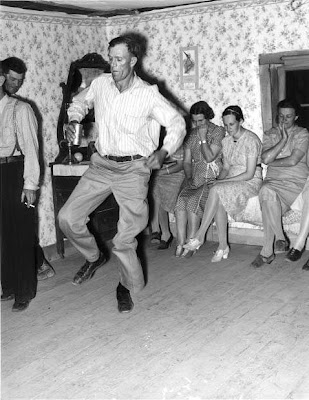 Yesterday JP Morgan held their Basics and Industrials Conference bringing together, amongst others, a host of top homebuilding executives to present their outlook for the new home business going forward.

Many homebuilders shared some particularly revealing insights in an effort to set the record straight on issues ranging from the subprime meltdown to DR Horton CEO Donald Tomnitz’s use of the word “suck”.

During the Hovnanian presentation, CEO Ara Hovnanian talked at length about current and future land purchasing as well as his take on raising interest rates.

When asked about their prospects for new land purchases, Hovnanian answered:

“I can tell you our new land purchases are down to a trickle right now, we had been looking and the reality is again, we’ve seen every cycle, the land sellers are always the last to recognize the housing slowdown and hat typically has happened is that housing prices have come down first, and the land prices ultimately come down but they’re always trailing. While prices come down and terms come down, they never come down to equal housing prices till much later in the down-cycle.

When we do new land purchases, we have to make our threshold returns at current net-net prices after all incentives and concessions and net-net absorptions after all cancellations. Today, we’re finding very very few land parcels that meet that criteria and frankly, with the market in transition and without being very stable and now with our greater focus on cash flow, I can’t say we’re anxious to go out and buy some land right now.

We have probably gone from 20,000 (properties) to less then 1,000 that we have purchased in the last six months so it’s dropped dramatically and I don’t see that changing over the next six months.”

When asked at what point mortgage rates would begin to effect buyer ability to purchase new homes, Hovnanian responded:

“It’s hard to predict that, I can just say this, prices of homes have corrected dramatically that makes all housing a lot more affordable without a doubt. The lower the mortgage rates, obviously, the more helpful it is. Psychologically, I used to say over 8% was probably the point where it starts to become more harmful, today if long rates go over 7% I just think psychologically it may be more of a barrier but we’re a ways from that right now. I think we’ve got lots of things to worry about in the homebuilding business, personally I don’t think mortgage rates are high on my radar screen of big concerns. I just think that there are other risks or factors that we’re more concerned about than interest rates.”

During the Toll Brothers presentation, Fred Cooper, Senior Vice President of finance and investor relations was asked about the outlook for impairment charges resulting from land write-downs for which he responded:

“In total we’ve had about $360 million in write-downs over the last three quarters, about $250 million of it has been on owned land and then $110 million on optioned land. Generally I think more of the write-downs have come on land that is less mature where they were put under option based on stronger market assumptions. … Most of the write-downs are on land that is relatively newer and we can’t really predict what the next couple of quarters will bring in terms of write-downs but if the market, in a particular community weakens, that could tip it over the edge. It’s very hard to predict and when we gave our guidance for 2007 recently on our call we said that we’re not able to predict future write-downs at the moment.”

Discussing the fact that DR Horton had the lowest impairments for the industry, Tommnitz stated:

“I know we have been criticized by many for not having as many impairments, it’s amazing to even get criticized for, I think, operating perhaps a better company than other. But let me tell you a couple of reasons why I think we have had fewer impairments at least then others. One is, clearly I think we are more astute land buyers. Ok, you can look at that and say “Punk, you can’t prove that” well as we move through the market we’ll find out whether I’m right or wrong. I think the second part of that is that we have never done any JVs, we have inherited JVs so as a result we have always had a policy in our company of not doing deals that are too large for us. If we had a deal that was too large, we would pass. And many of the impairments are coming from deals that people did that were too big at the time.”

When asked about the effects of the subprime meltdown, Tommitz stated:

“I believe I’m correct in saying, when I was out in Phoenix last week, FHA is in the process of, in the next 60 days you’ll see them implement some new mortgages which basically are going to include 100% loans. I have no idea why they are going there but they’re going to include 100% loans. And as a percentage overall, if you talk to all of our division presidents, the subprime, alt-a scenario has been totally overblown by the media and we don’t believe its had a significant impact on our business.

What has had a significant impact on our business and what I think it’s going to take to get the homebuilding business back clearly on its feet is that we still have excess inventory on the marketplace. We have too many homes under construction that are unsold. I think all the builders are doing a great job in terms of starting fewer homes because that’s what we need to do.”

“I was in Phoenix, the level of existing homes that have been historically on the market in Phoenix has been about 25,000 right now in Phoenix it sits around 52,000. In Las Vegas it’s supposed to be about 20,000 it sits today at about 40,000. But we’re not receiving as much direct competition, as all of you would like to believe, from existing home buyers. And why? Because the investors bought homes from us. And they typically bought them at 100% financing. So, they bought a home from us at $270,000 that same home today we may be selling for $250,000. So, there are going to have to do one of two things. They’re either going to have to keep that home and rent it for the next two to three years till the prices come back up to $270,000 or they’re going to have to sell the home for $250,000 which is what we’re selling the home for today. I don’t know about you, but you can to Mr. and Mrs. America and there aren’t many people who can take that $270,000 and sell it for $250,000 and take a $20,000 check from their bank to the title company and close the transaction. So those existing homes are going to be leased because almost all of them have 100% financing on them or a lot of them do, especially the investor loans, so we’re not really competing with that inventory.”

“One of the reasons I don’t want to interview with CNBC is that they made a big deal out of a word that, after four years in the Army, raising two teenagers, riding Harley’s and being in the homebuilding business for a number of years I had no idea the word “Suck” was a cuss word (laughter) but for any of you ah… if that bothered you and I insulted you I apologize but it just didn’t occur to me. … What I wanted to say was that the homebuilding business is going to suck for the homebuilders in 2007, but it’s going to be a windfall for the homebuyers.”

Listen to the entire DR Horton presentation here.
Posted by SoldAtTheTop at 5:52 AM