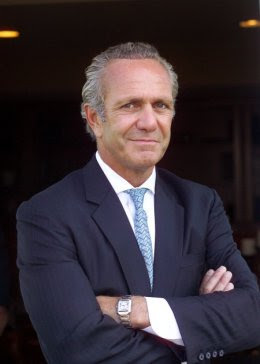 Recently, a host of homebuilders attended the Bank of America 2007 Homebuilders Conference where they made presentations and discussed at length their current state of homebuilding and their outlook for future.

Particularly interesting was the presentation and following Q&A by Ara Hovnanian, CEO of Hovnanian Enterprises (NYSE:HOV), who has been, in general, very straightforward about the nature of the decline and its impact on his business.

The following are some excerpts from his segment.

When asked about the signs he would be look to to indicate a turning point in the decline Hovnanian responded:

“Well clearly, one of the things we are much more focused on then we ever were before is MLS listings in a given market. That is a dynamic that’s changed, we’re tracking it in every market. At the moment, unfortunately, most markets are showing negative signs in terms of the increasing MLS listings and lower monthly sales every month. ”

Asked about the nature of “spec” homes in the industry:

“Well, certainly there are several home builders out there essentially are building specs as a means of liquidating land. In the beginning, I was more concerned because they were building new specs at a rate which was far greater than their sales. However, what we’ve seen now is those that were in that mode are basically building specs to equal their sales. So, if they sell 20 specs, they start 20 more spec, if they sell those 20 they start 20 more. I think what is going to be an important bellwether to look at and is not something that there is easy data to collect, that is the number of improved lots. I think what most of the major homebuilders are interested in doing is liquefying their capital intensive positions and that’s in developed land.”

When asked about projecting future earnings:

“At the forty thousand foot level, I think what I can say is we’re not banking on generating our big cash flows from huge earnings right now. We can’t control that at the moment the market is what it is and frankly as we said earlier, we can barely project out six months let alone all of 08.”

When asked about the quality of their current land holdings:

“Well first of all, at the moment almost any land is too much land because many times the real value to replace it today, if there was trading and there is hardly and trading, but you’ve got to think that you should be able to replace it at some point in the future cheaper. In general, yea there are places where I wish we had less land. Florida for sure, definitely parts of California for sure, but even those markets we’ve got properties that are undervalued and I wish we had more lots in them.”

“We are, in interesting cases, we walked away from a couple of parcels of land that were under option… the land sellers have come back to us, offered us property at realistic valuations after they tried to shop it to other home builders, couldn’t find anyone else willing to pay unrealistic prices and we have re-entered new contracts at substantially lower prices.”

“But the number of opportunities are far far less than our burn rate right now.”

When asked about price reductions in their southern California markets:

“We are, in Riverside County and San Bernardino County definitely having to adjust prices recently, as recent as the last month in that marketplace to keep pace and it is very competitive. As one competitor lowers prices and sucks away all the sales, the other builders then have to react basically it’s becoming little bit of a ratcheting effect. We saw the exact same thing in San Diego.”

Speaking generally on assessing the outlook for the future, Hovnanian suggested:

“The interesting thing about this particular slowdown, and I guess I don’t want to be painted as an optimist because we’re acting quite conservative today. But there is some interesting spread of light out there that’s worth mentioning. The last two major slowdowns we had to deal with, 81 and 91, were very different economic environments. We had a national recession going on in both of those periods that was full on, numerous quarters. We had job losses. Today we pick up the paper and read bad news about homebuilding, back then we were reading about layoffs at every major company imaginable every single day. That was a very challenging environment and if that wasn’t enough we had very high interest rates particularly in 81 but relatively speaking in 91 we had very high rates.

Today, it’s a very interesting time because demographically demand is better. Every actuarialist and demographic scientist is predicting higher household growth. Secondly, the economy is good, a little slower than it was in 05, but still positive 1-2% is the outlook which is not terrible, not job loss but job gains. And three, interest rates are pretty good.

So it’s a more optimistic environment, I think, to turn the corner at some point.

If we could just get through some of this inventory overhang and most importantly, if we can get through the psychological effects that’s really taken over the consumer today.“

Listen to the complete presentation here as well as the presentations by Toll Brothers executives and DR Horton as well.
Posted by SoldAtTheTop at 12:28 PM