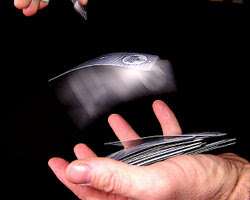 This week the Office of Federal Housing Enterprise Oversight (OFHEO) published a request for public comment regarding its proposed policy changes to the procedures used to determine the conforming loan limit for 2008 and beyond.

The conforming loan limit is the maximum loan size that the Government Sponsored Enterprises (GSE), namely Fannie Mae and Freddie Mac, can purchase and today stands at $417,000.

The importance of this value should not be overlooked as it is the key determining factor that distinguishes GSE purchased loans, which generally come with a lower interest rate due to a presumed (yet not necessarily factual) government guarantee, from “Jumbo” loans which are available unfettered from private lending institutions.

In fact, OFHEO considers loans purchased by a GSE in excess of its conforming loan limit to be “unsafe and unsound practice, running contrary to statute”.

That said, the proposed changes relate to the method of determining the limit in the face of declining home prices.

First, it’s important to note that the method for determining the limit when prices are climbing is relatively simple.

The Federal Housing Finance Board (FHFB) confidentially delivers the results of their October Monthly Interest Rate Survey (MIRS) to OFHEO which intern applies a calculation to the average home price to determine the new maximum lending limit.

OFHEO then announces publicly the new limit for loans made during the following year.

So what is the issue you say?

It seems that OFHEO is struggling with the idea of applying that same simple methodology when prices are on the decline.

Reading the proposed procedures, it’s clear that the government has a bias toward inflating home values and is doing just about everything it can to maintain the current limit under the guise of not negatively impacting the market.

This is really an outrageous matter when one considers that the ever increasing limit, that was even a surprise to mortgage brokers and lenders during the boom years, had without a doubt contributed to fueling the housing mania.

With the proposed changes, a downward revision to the limit, even in the face of falling home prices, may be deferred for as long as 2-3 years or more.

I would strongly urge that you let OFHEO know what you think of their proposed changes as well as making your own recommendations by emailing OFHEO at the following email address ofheoguidancecomments@ofheo.gov.

Below are the proposed procedures for setting the limit when home values are declining:

And here is an example of the actual implementation of these procedures:

(a) if the average house purchase price has gone up during the year, for example by 2 percent, the deferred decline of 0.16 percent would be subtracted, and the new loan limit beginning January 2008 would show an increase of 1.84 percent.

(b) if the average house purchase price has gone up during the year, for example by 0.10 percent, then the deferred decline would offset that 0.10 percent increase and a 0.06 decline would be carried forward. The conforming loan limit would remain the same at $417,000.

The deferred decline will be added to the 0.16 percent and carried forward until the next calculation in November 2008, as follows:

(i) if the average house purchase price goes up during 2008, the conforming loan limit will be calculated per (a) or (b) above with the offset being the cumulative deferred decline of 0.16% and the November 2007 decline;