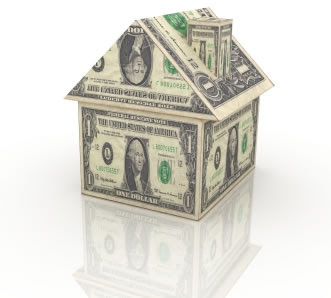 Today I want to draw your attention to an article published in the Sunday Boston Globe magazine entitled “Trapped” detailing the recent activities of “homeowners” and housing speculators in the Boston area.

While initially appearing to frame the article as a peer into the world of trouble that has befallen scores of distressed homeowners suffering through today’s tough housing market, the Globe, in typical fashion, instead chooses to present yet another advertiser-driven propaganda piece glorifying the exploits of various real estate flippers.

Probably the most notable take away from the article though is the obvious significance of the distortion that was introduced by the government’s creation of the “principle residence capital gains tax exclusion” whereby the profits ($250,000 for an individual and $500,000 for a couple) realized from the sale of a primary residence are excluded from capital gains taxes.

A key point to consider is that a “homeowner” need only occupy the property for two years and can take the exclusion every two years without limit.

This allows for a level of tax-free profiteering, as evidenced by several examples cited in the article (most notably the South-ender), that was clearly not the underlying intent of the original legislation.

It’s important to understand that there are scores of individuals and couples who do, in fact, hop from property to property every two years in an effort to take the fullest advantage of this windfall and in contemplating the long rising tide of prices seen during the housing boom years one can only imagine the number of clever speculators who successfully carved out whole tax-free (state and federal free and clear) incomes through this process.

For some perspective, consider the flap made in recent months concerning professional money managers only having to pay only capital gains (Warren Buffet and his 17.5% tax rate) as they take no regular income instead favoring the far less taxed gains on their invested capital.

In the case of residential real estate flippers though, the loophole is far more significant as they could potentially have taken $500,000 windfall “salary” every two years without paying a single dime in state or federal taxes.

Clearly, this tax dodge has created a tremendous distortion and has to be reined in.

What apparently started out as an effort to strengthening the middle class by allowing real homeowners to take the “gains” on the sale of a primary residence (likely initially viewed as long term primary residence) as tax free profits has now clearly turned into a means for savvy speculators to unfairly sidestep the tax system and a corrupt real estate industry to benefit from a rigged system.

Further, this loophole grossly favors individuals or childless couples as its fullest implementation could only be reasonably carried out by those with independent and detached arrangements.

Apparently, the editors of the Boston Globe are unable (or unwilling) to recognize, even in the face of the epic financial collapse we see today, that it is irresponsible to glorify shameless speculators that used (and in some cases continue to use) massive debt leverage to temporarily secure a residential property, slap on a coat of paint and a wall or two, then wait two years and turn a 100% tax free profit.

What’s worse is that the only reason the Boston Globe published this article is to support its position as the primary vehicle for advertising from the desperate local real estate industry (those with the hard copy can witness the many luxury condo adverts doted throughout its multiple pages).

Obviously, government action or not, this distortion will come to a close as residential real estate prices, particularly condo prices, continue to slide trapping many of these profiteers in their “investments” for as long as they can afford to carry them.

These greedy speculators deserve whatever misfortune they have brought on themselves and though their cry’s for “bailout” may soon be the loudest, hopefully enough of them will be allowed to be financially (and socially) crushed in order to serve as a reminder to our collective consciousness of the risks inherent in debt-leveraged speculation.

Going forward, the government needs to act to close this loophole preventing any further perversion of its original intent.

One thought, simply make the exclusion “once in a lifetime” or extend the qualification of principle residence to 8-10 years of occupancy.
Posted by SoldAtTheTop at 8:26 AM