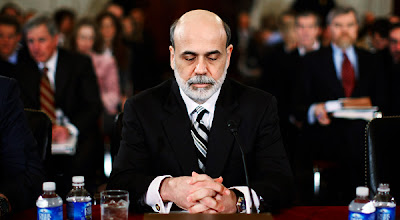 This post is a follow up and further elaboration showing the current and historical values for some key interest rates.

These interest rates are for short term (30 day) commercial paper that is typically issued by corporations to “raise needed cash for current transactions”.

The first chart shows the spread between the A2/P2 and AA non-financial while the lower two charts show the how all the short term commercial paper rates have tracked since 1998 and mid-2007 respectively.

Notice that prior to mid-2007, the Federal Reserve had been able to keep these rates fairly tight and in-line with the target rate but now we are seeing significant trouble with the spread now standing at a 472 basis points.

In as sense, the current crisis has effectively erased all the rate cuts Bernanke has made this cycle and even added another 75 basis points. 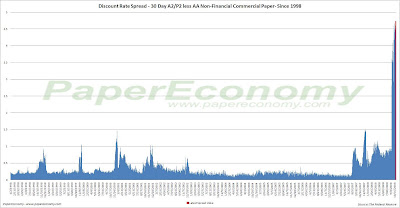 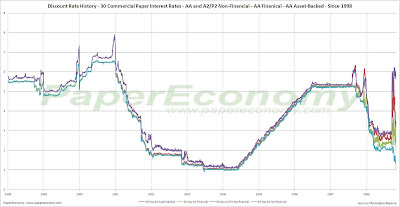 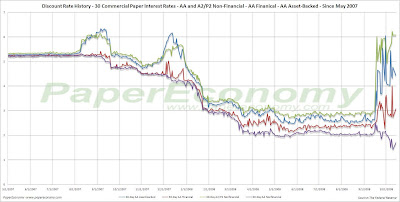 Posted by SoldAtTheTop at 10:13 AM