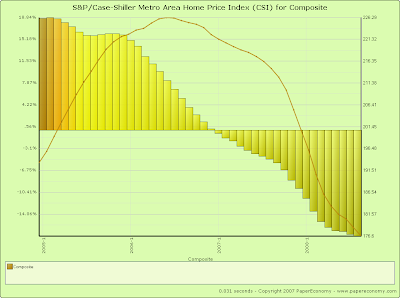 Today’s release of the S&P/Case-Shiller home price indices for August continues to reflect the extraordinary weakness seen in the nation’s housing markets with ALL of the 20 metro areas tracked reporting year-over-year declines and ALL metro areas showing substantial declines from their respective peaks.

Also, it’s important to keep in mind that today’s release was compiled using home sales data primarily from July and August, well in advance of the historic levels of financial collapse seen in September and October.

In all likelihood, today’s report sits on the threshold of a new and even more momentous wave of home price declines as the continued economic crisis and dramatically accelerating unemployment work to both crush consumer sentiment and force panicked mortgage lenders to continue to tighten their lending standards.

As the housing decline goes “Up-Prime” a larger and much more damaging population of homeowners will face historic levels of financial stress the outcome of which is, at the moment, very hard to calculate.

The 10-city composite index declined a record 17.72% as compared to August 2007 far surpassing the all prior year-over-year decline records firmly placing the current decline in uncharted territory in terms of relative intensity. 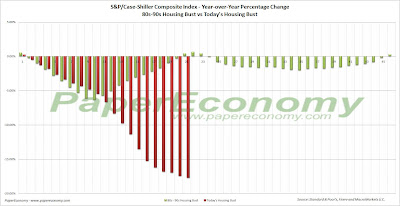 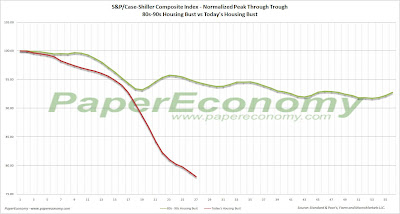 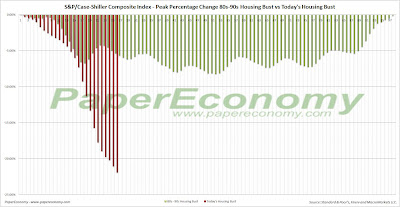 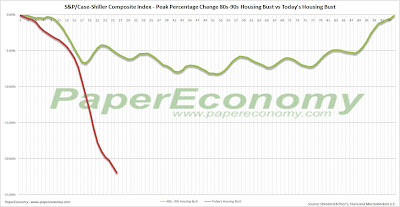 Notice that peak declines have been FAR more significant to date and, keeping in mind that our current run-up was many times more magnificent than the 80s-90s run-up, it is not inconceivable that current decline will run deeper and last longer.
Posted by SoldAtTheTop at 10:06 AM