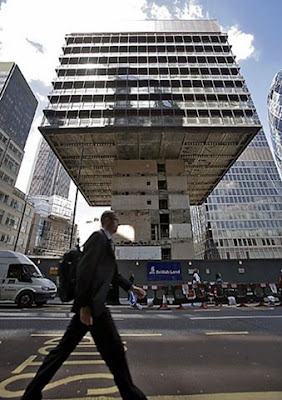 The recent results reveal a marked slowing of price appreciation across all classes of commercial real estate with the retail component even declining on a year-over-year basis.

It’s important to note that the June results reflect an environment for commercial real estate that is comparable to the period that followed the dot-com collapse.

This appears to indicate that a more prolonged market downturn will be seen this time around with a more pronounced period of depreciation.

The charts below show the National index and the component indices since 1994 (click for larger).

Comparing the MIT/CRE and S&P/GRA indices, it’s apparent that during economic slowdowns the GRA index tends to flatten out while the MIT indices indicate outright decline.

For example, the MIT/CRE appears to have captured a contraction in commercial properties that occurred following the “dot-com” bust while the S&P/GRA never showed declines on a year-over-year basis… only a steep decline in appreciation and several months of flattening.

For now, it’s important to reflect on both reports until there is more clarity on the state of the commercial property markets. 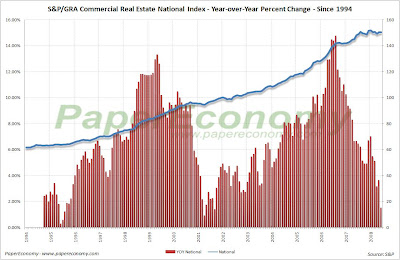 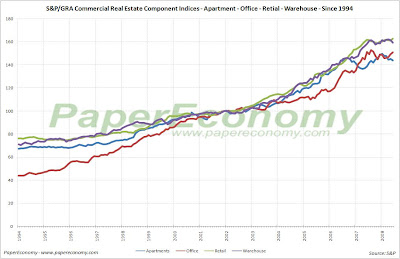 Posted by SoldAtTheTop at 7:00 AM