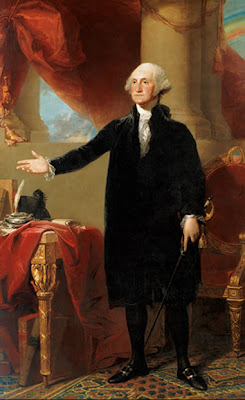 On this momentous day of government bailout, I’d like to take a moment to draw your attention to the complete and total lack of leadership that exists in Washington.

No matter what side of the aisle you identify with or profound respect you might have for our government as an institution, given the current state of economic affairs, it’s easy to recognize that things are not well.

What is leadership anyway?

Is it in knowing how to deftly position oneself within a host of topical issues that, for the most part, are merely the obsession of a polarized fringe of ideological demagogues?

Is it measured by the sum total of your campaign donations?

Does it come as a result of merely performing your civil “service” for multiple decades?

Think for a moment about the significance of the 11th hour phone call made by congress to billionaire investor Warren Buffet on the eve of the first House vote of the massive bailout bill.

Who are they representing?

In our email exchange from last March, Representative Barney Frank said the following:

“I am glad to have your prediction that we will soon be engaged in a "federal bailout of Fannie Mae and Freddie Mac," because I disagree and this will give us some measure of the accuracy of our respective predictions in this regard.” – Rep. Barney Frank

Let me remind you that Rep. Frank is the chairman of the House Financial Services Committee, possibly the most critical legislating committee dedicated to financial affairs of the United States.

Why did he not know?

I’d like to make another appeal that readers, come voting time, remember the feckless and ignorant, jaded, elitist and truly miserable current state of our government and vote against all incumbents.

If you can’t get yourself to vote for a major party you don’t support, consider voting for a third party running for the seat or simply leave that space blank.
Posted by SoldAtTheTop at 9:01 AM