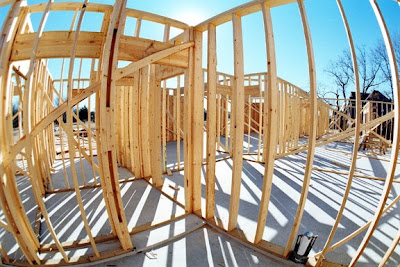 Today, the U.S. Census Bureau released their August read of construction spending again demonstrating the significant extent to which private residential construction is contracting particularly for single family structures while non-residential spending appear to have begun to show the telltale signs of contraction.

With the tremendous weakening trend continuing, total residential construction spending fell 28.44% as compared to August 2007 and 49.20% from the peak set in March 2006.

Worse off though was private single family residential construction spending which declined 41.09% as compared to August 2007 and a truly grotesque 61.89% from the peak set in February 2006.

As was noted in prior posts, commercial real estate (CRE) appears to be coming under some pressure with reports of increasing vacancy rates and falling prices and now a back-to-back monthly decline in spending.

Keep your eye on the last chart in the months to come for a clearer indication of a pullback. 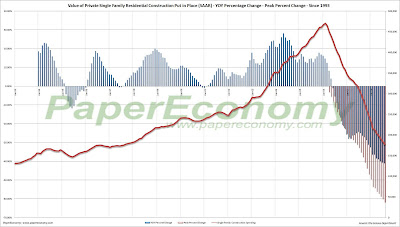 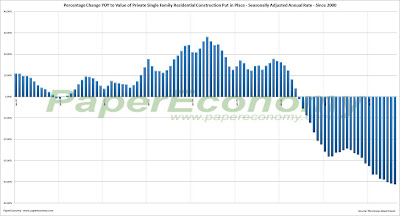 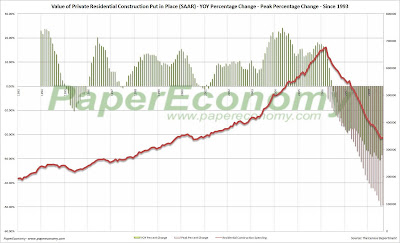 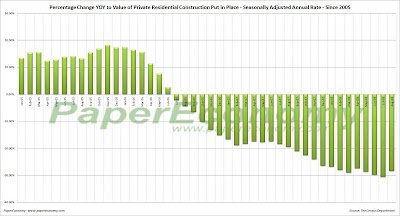 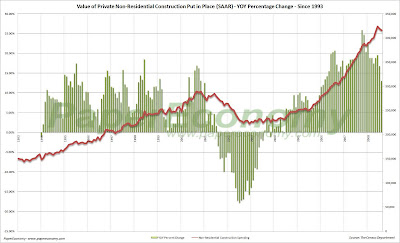 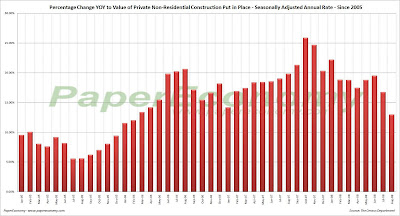