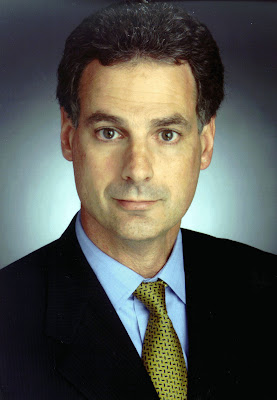 Those who have been following along since the early days of the housing debacle will recall the role played by housing bubble blogesphere arch-nemesis and former National Association of Realtors chief economist David Lereah.

Until May of 2007 Lereah vigorously worked to spin the story of housing in such a way as to produce the best and most optimistic outlook possible.

When the housing bubble was inflating, Lereah wrote of the benefits of home ownership, its potential for dramatic wealth creation, and his outlook for a long-trending bull run.

When the markets started to crack, he saw stabilization around every corner, a “boom” that “would not bust”… he routinely massaged metaphors for town hall meetings… “bubbles” bursting became “fat balloons” deflating… and called out non-believers as Chicken Little’s.

Then, as the sub-prime crisis cleared the point of no return, Lereah left the National Association of Realtors for the relative safety of (more or less) obscurity.

For his efforts Lereah garnered the respect (and pay) of his association and a massive cadre of “believer” Realtors but also earned the recent title of one of the “25 People to Blame for the Financial Crisis” by Time magazine and likely the scorn of a generation.

But Lereah has since admitted his mistakes… and although his “positive spin” promotion of the narrow financial interests of an industry group over the overwhelming and truly important interests of the common good was quite a misstep, don’t we all deserve a chance at redemption?

Maybe not… but it appears that Lereah has launched a new venture… let’s call it a blog… with both an ironic title and a decidedly more realistic un-spun outlook.

“Real Estate Economy Watch” is effectively a blog that hosts daily commentary on the housing market, tracks market data, and even specifically follows the course the “housing crisis”.

The title is ironic because it is reminiscent of “David Lereah Watch” a popular blog that relentlessly pounded Lereah during the heyday of the bubble crescendo.

The content, on the other hand, bears an unrecognizable skeptical edge.

Has Lereah turned it all around? Is he “owned up” and now on the road to salvation?

Who knows… but, in any event, his site is worth a read if not simply as a basic contrast against which his past performance and the current NAR line look remarkably stark.
Posted by SoldAtTheTop at 2:28 AM