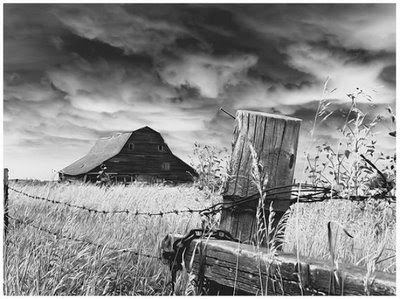 Today’s results, though still significantly elevated, continues to indicate that the descent to both initial and continued claims is continuing in earnest resulting in an almost textbook peak.

At this point, we are either in the "post-crisis" recovery or the "eye before the storm" of a double-dip.

Could the worst of the job-shedding be behind us? Is a major disappointment shaping up for 2010?

We will have to wait to find out.

Clearly, careful attention needs to be paid to these indices to see how they reflect the state of the job market as we move further into the end of the year and start of 2010. 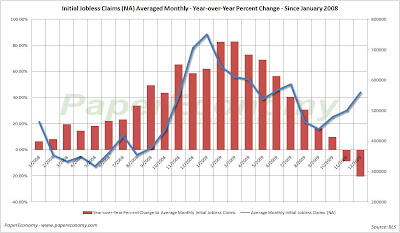 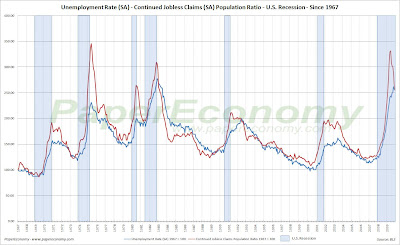 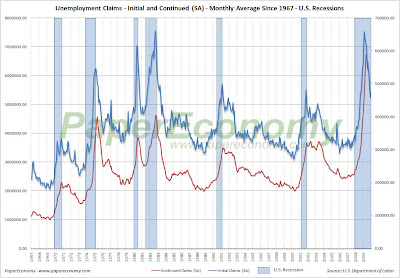 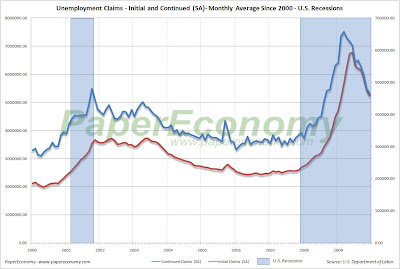 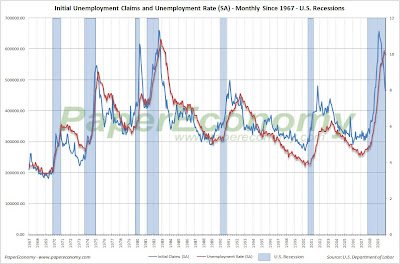 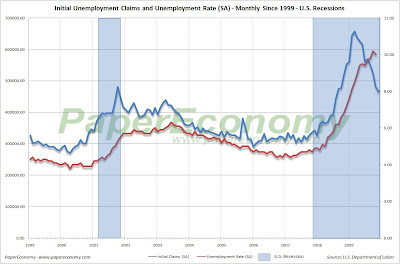 Until late 2007, one could make the case (as Fed chief Ben Bernanke did on several occasions) that we were again experiencing simply a mid-cycle slowdown but now those hopes are long gone. 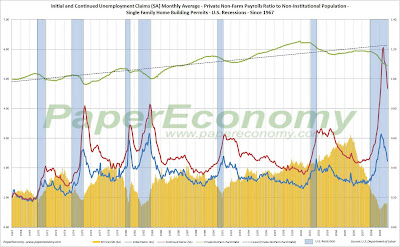 The most notable feature of the post-“dot com” recession era that is, unlike other recent post-recession eras, job growth had been very weak, not succeeding to reach trend growth as had been minimally accomplished in the past.

It is now completely clear that the potential “mid-cycle” slowdown that appeared to be shaping up in late 2007, had been traded for a less severe downturn in the aftermath of the “dot-com” recession, and resulted, instead, in a mid-cycle meltdown.
Posted by SoldAtTheTop at 9:23 AM