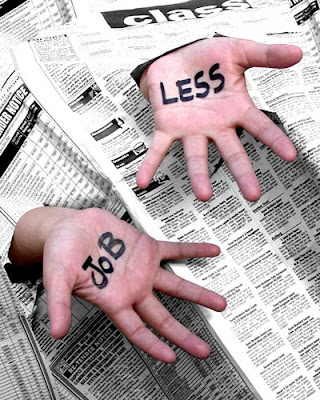 With one month left to report, it’s clear that for the typical American worker this has been the worst decade in the post-WWII era.

The general economy was so weak, in fact, that throughout the 2000s non-farm jobs were shed on a month-to-month basis 44.5% of the time.

That’s an astounding number considering the fact that it is over twice as frequent as was witnessed during the 60s, 70s, 80s, and 90s and over 30% higher than in the 50s when the economy was primarily manufacturing based and experienced frequent and wide swings in labor. 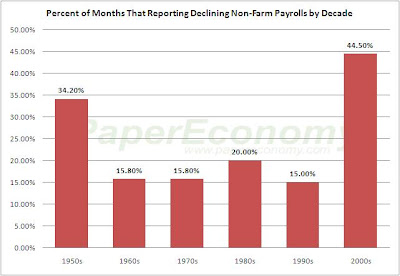 Worse yet, there have been historically few net jobs created with only 464,000 added non-farm payrolls created since December 1999, the weakest performance seen by far in the post-WWII era. 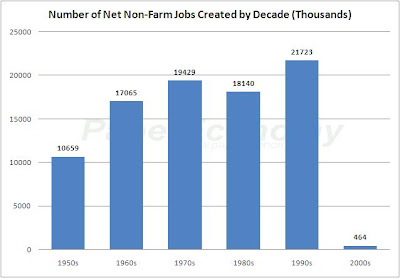 Finally, this was the first decade on record where work age population growth outstripped job creation and not by a small margin. 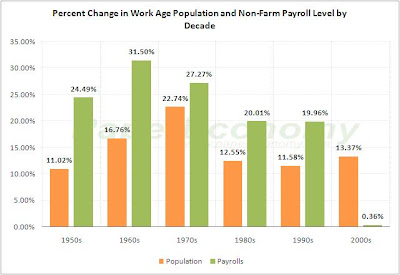 Posted by SoldAtTheTop at 6:45 AM