Meanwhile, the NARs chief economist Lawrence Yun spins the concept that “pent-up” demand coming from “financially qualified renters“ is being unleashed on the nation’s housing markets by the governments housing tax carrot…

“Keep in mind that housing had been underperforming over most of the past year. Based on the demographics of our growing population, existing-home sales should be in the range of 5.5 million to 6.0 million annually, but we were well below the 5-million mark before the home buyer tax credit stimulus, … This means the tax credit is helping unleash a pent-up demand from a large pool of financially qualified renters, much more than borrowing sales from the future.” 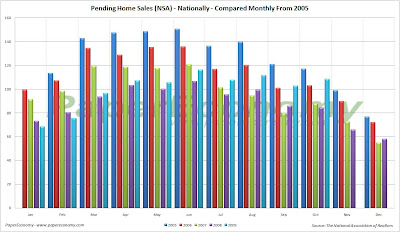 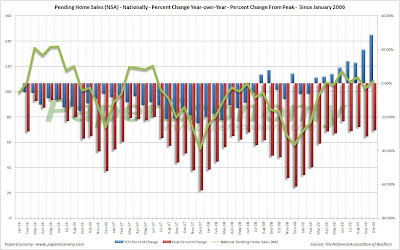 Posted by SoldAtTheTop at 11:06 AM