The Almost Daily 2¢ - The Elderly in Stocks? … I Hope They Get Crushed! 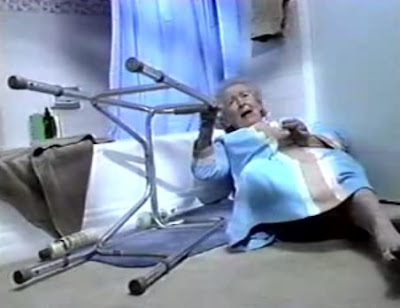 Heartless I know… but let me give you the back-story.

Standing in line at the bank a few days ago I was warmly greeted by an older woman (probably in her 70s) standing in front of me seeming bright and peppy and actively soliciting my attention.

When I finally relented, she proudly (and with an overt and exaggerated savvy air about her) went on to detail the particulars of a recent stock transaction and how happy she was to have made it.

Back in March, apparently, she rolled over her 401K simultaneously converting it to an IRA and as she put it “put it all in the DOW 30”.

She was so excited, I had to remind her that the teller was looking for another customer.

So, I quickly wished her luck on her good fortune and we parted ways.

Things are not at all as they should be.

We (folks interested in finance) know some basic rules of thumb… one of them being that when you are near or in active retirement, you should generally not be in stocks… certainly not actively speculating with your retirement funds.

This simple rule is for good reason.

Replacing lost wealth in your 70s has got to be much harder and physically (likely mentally) costlier than replacing it in your 30s and 40s when most folks are typically fully engaged in the process of creating wealth.

What is the real cost of re-earning a dollar at 70? … I would think it’s a fair amount more than a dollar.

So what’s going on here?

Why would a person who has spent a lifetime acquiring wealth take such risk even if it were just a portion of her life savings?

We live in a world in which savers and the prudent are penalized while bold speculators are held up as the gold standard.

That’s why this woman was so proud of herself.

The days are long gone since cautious saving and careful investing made any sense or, more accurately, earned any respect... interest rates are at rock bottom and everyone knows it… you would be a fool to squirrel away your money in any form of basic fixed income account.

Further, it wasn’t enough for her that her “investments” increased notably in some fluke bear market zig-zag, she had to let to world know…. She was some sort of financial genius!

You just dump a pile of your dough into the DOW (“or whatever they call that thing”) and next thing you know, it grows by 30%... isn’t life grand?

Why… if we all did that, what fortunes would befall our land… what wealth… what good tidings!

Sorry folks… this is a bear market rally and if you don’t get that fact you not paying close enough attention.
Posted by SoldAtTheTop at 9:16 AM