Booming and Busting In Non-Metro Style 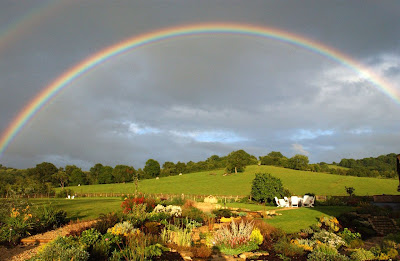 During the housing boom house price appreciation was particularly uneven across both house product and location.

One way to get a sense of the price movement associated to different house products is to look at the S&P/Case-Shiller (CSI) tier indices which track repeat sales of homes in three distinct pricing tiers (really ranges).

This is likely not an exact science as there has almost certainly been homes that have either jumped from a lower tier to a higher or, as we are likely seeing today, have fallen to a lower.

But, in any case, the CSI tier indices do not give any sense of location although many observers may presume certain facts about the location of homes in the low versus high tiers.

With the recent introduction of the non-metro home price indices, the Federal Housing Finance Administration (FHFA) offers an interesting point of comparison to the metro-laden CSI data.

The FHFA data has its quirks (GSE source for data, includes ref-fi transactions, etc) but still… it serves as a good point of reference and the full dataset is quite large including nearly 700 series from census divisions to MSAs.

First, although both non-metro and high tier metro home prices boomed during the housing bubble, non-metro was the real shining star in terms of rate of appreciation.

There are points in 2000 where the annual appreciation for non-metro homes exceeded 35% while the best growth rates for high tier metro housing was around 18%.

Next, although the “dot-com” toned both housing markets down a bit, annual rates of appreciation for non-metro housing resumed their exceptional gains in 2004 and 2005 and even remained positive as late as the first half of 2007.

This is a stark contrast to high tier metro housing where rates of appreciation slowed consistently after the “dot-com” bust only to turn to consistent depreciation in early 2006.

So now when someone tells you that “your sooo.. non-metro” stand proud!
Posted by SoldAtTheTop at 11:45 AM