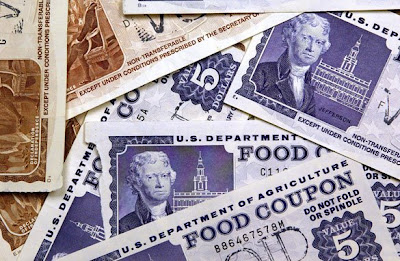 As a logical consequence of the prolonged economic downturn it appears that participation in the federal food stamp program is on the rise.

In fact, household participation has been climbing so steadily that it has surpassed the last peak set as a result of the immediate fallout following hurricane Katrina.

The latest data released by the Department of Agriculture shows that, on a year-over-year basis, household participation has increased a whopping 18.93% while individual participation, as a ratio of the overall population, has increased 17.87%.

The March results confirm that participation is continuing to climb dramatically, likely as a result of the recent jump in total unemployment, driving the nominal benefit costs up 34.17% on a year-over-year basis to $3,775,669,351 for the month.

Looking at the last chart that plots the total unemployment rate (unemployment rate of all traditionally unemployed workers plus all marginally attached and part time workers) and the population adjusted individual program participation rate normalized since 2005, one can plainly see that program participation would be expected to continue its surge. 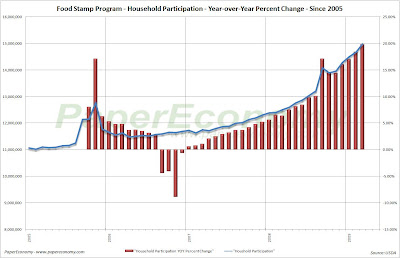 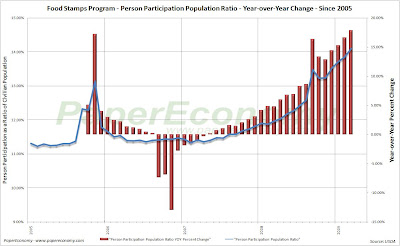 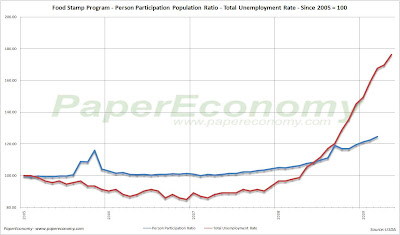 Posted by SoldAtTheTop at 11:04 AM