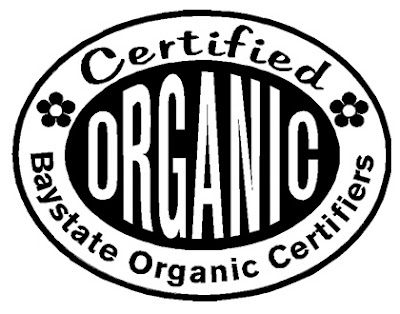 As I have noted before, I believe that the “sale pair counts” published by S&P within the S&P/Case-Shiller report represents likely the most accurate index of “organic” (as Mr. Mortgage Mark Hanson termed it) single family home sales available.

Remember that in order to derive each of the S&P/Case-Shiller series, S&P vets each transaction in order to judge whether it meets their criteria as an “arms-length” transaction as specified (roughly) in their methodology.

Now, in all likelihood, the “arms-length” vetting does NOT eliminate all distressed property sales as that isn’t the general purpose of the process.

Instead S&P is simply trying to remove from the collection of source data those transactions that were either made for nominal exchange (such as $1 transactions between family members) or cases where the change in value is completely out of scope… for example where an addition was added to the property doubling the square footage.

Another very important point to consider is that S&P excludes all sales that occur less than 6 months after a previous sale or as they note in their methodology, they exclude “a property flip”.

So, the only fuzzy area in the “sale pair count” indices “organic-ness” is with distressed properties that decline in value but not substantially so.

I called S&P and confirmed that foreclosed properties are NOT specifically excluded from the source data BUT they did note that if a price decline was particularly substantial and there was no other source data indicating the nature of the change, it would be excluded just as in the case where the price increases disproportionate to the average seen in the area.

So, with the “sale pair count” data what we really have are “near-organic” single family home sales indices.

As I had noted last week, there are many markets where the sale count trend is specifically in decline most notably the east-coast metro markets which appears to square with the fact that the general economic conditions in the east only turned decidedly awful in late 2008.

The top-tier bubble markets (Phoenix, Las Vegas, Tampa, Miami, San Francisco, San Diego and Los Angeles), on the other hand, all showed a notable bounce for most of 2008 with the fervor tapering off a bit at year end.

Taken together, the total sales for all markets present what appears to be a marked slowdown to the near-“organic” sales decline yet, I strongly caution, we are so early in the process that little real conclusion can be drawn.

As you can see from perusing the data, since late 2008, the top-tier bubble markets have all turn south again.

Click on the following charts for ultra-cool interactive versions.

For comparisons sake, let’s look at the physics of the bottom of the 90s housing bust in terms of sale-counts and prices.

Notice that although the literal non-seasonally adjusted bottom in sales occurred in February 1991, it took three more years (comparing only February’s) to register any notable increase in sales and even after six years, sales were still off considerably from the peak of the late 80s.

Also, notice that home prices continued to trend down for nearly three years after the literal low in home sales and didn’t pick up notably until well within the bubble-laden economic atmosphere of the “dot-com” boom.

So, the bottoming process to sales (if it has even commenced) will take many years to take shape during which time households will be facing immense financial stress which when combined will more than likely result in a fragile macro-economy.
Posted by SoldAtTheTop at 1:36 PM