The Almost Daily 2¢ - The Fed and It's Mortgage Junkies! 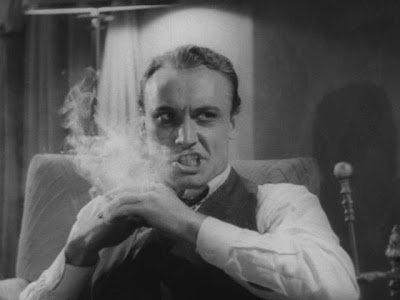 Wall Street has weighed in on the future of the U.S. economy and the consensus is a resounding “All Clear!”

Yes, those who couldn’t perceive trouble brewing in the first place… even as late as the fall of 2007 … are giving the high sign … it’s over.. the decline is over.

Ten, fifteen or thirty years in the making (depending on your point of view) and the massive credit-housing-consumption bubble unwind is over in the span of just six to seventeen short months (depending on how you gauge it).

Just a bit of panic… a short and sort of typical decline in stocks… a recession and we’re good.

Sorry folks… we’ve got much more trouble up ahead but for now let’s take look at probably the most crucial trend the government is currently trying to control… and maybe get a sense of how their efforts are both myopic and will likely only result in more trouble.

Let’s remember that it took Fed Chairman Ben Bernanke quite some time to recognize that the housing market decline would have such a major effect on the overall economy.

As late as August 2007 Bernanke was calling the national housing decline “contained”.

But as a preeminent scholar of the “Great Depression” and a protégé of Alan Greenspan … once he recognized the seriousness of the situation he snapped into action slashing rates and cranking up the printing presses.

Specifically the Feds efforts at “quantitative easing” have focused on bringing down conventional mortgage rates… the thinking obviously being that if the housing market heals or at least stops bleeding so too will the overall economy.

A sensible conclusion I suppose yet… rates were already very low.

Our housing markets are in a sense “painted into a corner” or “out on a limb” so to speak… after years of declining interest rates and increasing credit enthusiasm and, of course, dramatically inflated home prices (way too many dollars chasing one asset class) the markets are stuck.

They are like a junky… They NEED low rates or else… a serious case of withdrawal.

They are so fragile and so seriously susceptible to interest rates that even a traditionally low rate of 6% would send them down for the count.

So the Fed is working overtime to give them their fix… bringing rates down and keeping them down until… presumably… they are healthy again?!?!?

To get a sense of the unusual position we have found ourselves in take a look at the following chart (click for dynamic interactive version).

Notice that mortgage rates have been declining for some time AND they are currently about as low as they can possibly go.

Also note that after a massive run up starting in the early 90s, non-revolving consumer debt had been in a declining trend from early 2006 until recently… Is the Fed winning the war?

Is it a war worth fighting? Are they missing the point?

Posted by SoldAtTheTop at 4:16 PM