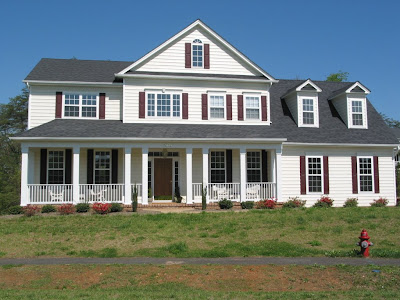 Further, today’s release revealed significant revisions to prior months most notably affecting the latest estimate for months of supply which currently stands at a whopping 10.2 months. 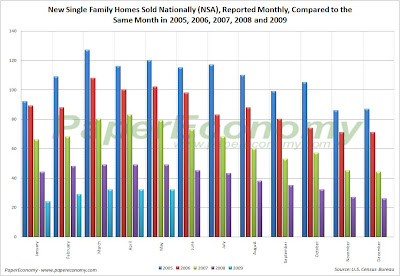 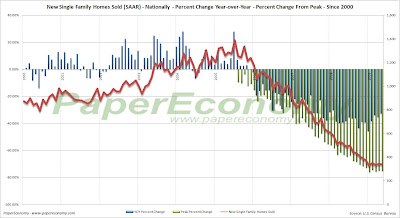 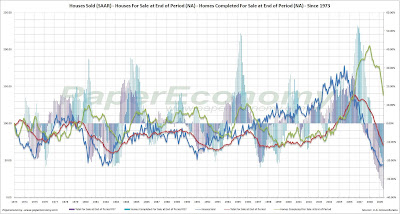 In fact, the level of completed new homes remains WELL ABOVE the PEAK levels for past housing boom periods… a truly bad sign for pricing going forward.

Make no mistake, I’m not suggesting that these three series will all bottom simultaneously, a simple cursory review of the chart above will dispel that notion, BUT I believe that if you consider the downward trend in home prices, the state of the job market, the lack of credit availability as well as the extent of the former boom (just look at the run builders had above.. steadily increasing sales from January 1991 to July 2005… truly unparalleled!) any sustained bottom is still a long way off.

The new home market might be in the process of clearing but at the moment it still looks seriously impaired and of the steadily shrinking pool of prospective buyers (from lack of confidence, lack of job or lack of cash and credit availability) those who wait to buy will almost certainly continue to find better pricing…. Thus sales will continue to fall.

Posted by SoldAtTheTop at 9:44 AM