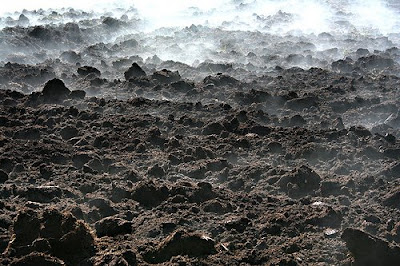 It was such a pleasant spring too… wet mild weather… just perfect for growing “real” crops … Bulls hoped their green would grow too… now though, it looks as if the “Green Shoots” may start to spontaneously shrivel… a casualty of the overarching climate of economic decline.

Things were looking so good too… You had the Philly Fed Business Outlook Survey make a strong showing… the Conference Board’s Index of Leading Economic Indicators seemed to signal recovery… although… these indicators all signaled recovery in 2001 as well… and look how far that “recovery” got us.

Another interesting report came out on Friday as well… the Regional and State Unemployment Report showing one state with over 14% unemployment (Michigan at 14.1% unemployment and increase of 1.2% since just last month) three states with over 12%, and 13 states over 10%.

Further, 27 states experienced a notable re-acceleration to unemployment jumping anywhere from .05% to 1.2% since just last month.

This brings us one step closer to the ultimate “Prime Bomb” detonation… the point at which the level of unemployment is BOTH uncomfortably high causing systemic vicious cycling feedback effects (I would argue we are at that point now) AND obviously beyond a point at which the government can appear to have any form of control over.

Currently, the populous has almost innate or inherent confidence in the governing elite… they appear to have “fixed” the financial system and the stock market so why not the job market?

Yet, even with all the multi-trillion dollar government meddling, the job market is getting worse.

This is not a new trend…. We had a “jobless recovery” for the first half of this decade… followed by an historic decline (which destroyed all the jobs created in the jobless recovery leaving us now at payroll levels below that of early 2000… with over 20 million more work age population today) that continues to this day.

As more states push closer to the 15% unemployment level and the current crop of 12-14% unemployment states push on closer to 20%, there will be a point at which there is a clear realization that the “unemployment problem” (as they called it back in the 30s) is beyond the control of current government policy.

This will obviously bring new policies as well as a notable loss of confidence.

As I have pointed out in prior posts, mid-July is the next typical seasonally point for mass-layoff events so look for this recent unemployment re-acceleration to express itself through the summer and, if the economic climate of the second half is particularly week, merge again with the larger typical mass-layoff period of mid January.

In the near term we should be focused on a significant change in outlook for the second half of 2009 as there is clear realization that the “Green Shoots” are dead and the decline will drag on much longer.

The following chart (click for super-dynamic zoom-able version) shows what has to be the starkest evidence that our economy has not only been weak for roughly a decade but further looks to be on course for a protracted bout of nationwide systemic double-digit unemployment.

Posted by SoldAtTheTop at 3:56 PM